What is crawling and crawling in Indonesia?

A contribution by Michael Leitzinger

When I am out and about, I am asked the same question again and again: "Micha, is this animal poisonous?" To which I always answer: “Many things are absolutely non-toxic, for humans some bites are not threatening, only painful. Only the bite of some species of snake can be fatal. "

Don't touch anything, get too close, annoy or corner - then you will be spared. Many crawlers in Indonesia are worthwhile and grateful photo opportunities. I would like to portray some of them at this point and give you a little insight into their way of life. 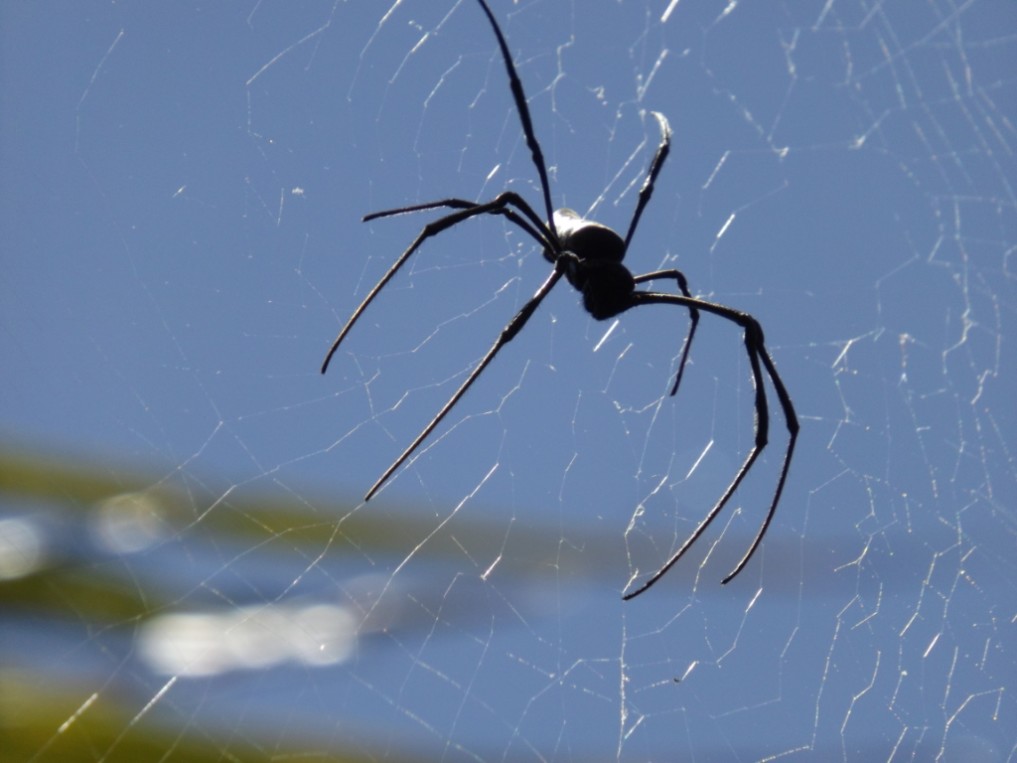 These 8 cm tall and colorful silk spiders, which weave their webs not only in the jungle, but also in parks and in the vicinity of human settlements, are true sun worshipers. No need to worry because they are completely harmless.

With their large, shiny gold nets, they can catch larger flying insects such as grasshoppers, dragonflies, butterflies and even small bats and birds. In some places you can even find community networks that are inhabited by numerous individuals.

This tropical, large spider got its name from the ability to walk forwards, sideways and backwards. They hunt without a net. Cockroaches are one of their favorite foods.

Their venomous claws can penetrate human skin and the spider venom can cause localized severe pain and swelling. Still, no cause for alarm - no symptoms remain. 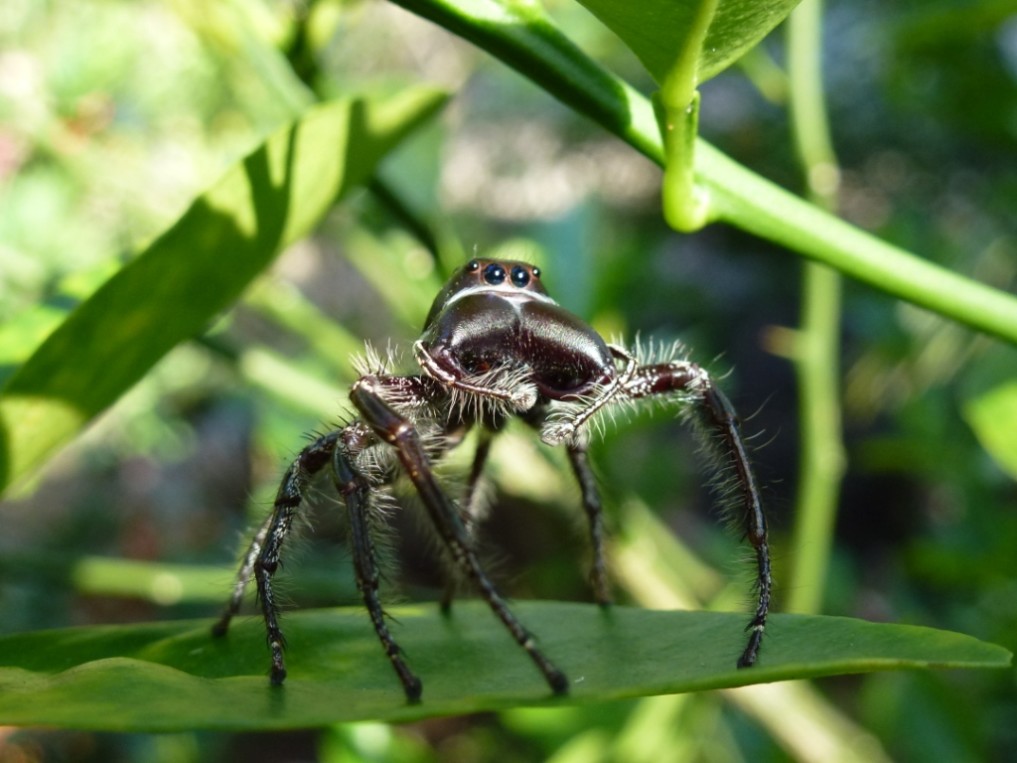 True masters in the long jump thanks to their short but strong legs. With a body length of only 2 cm, they can jump half a meter and even very precisely! Safty first! Every jump is secured by a security thread.

Often found where many flying insects can also be found: shrubs, flowers, outer walls of houses and huts. The very useful and harmless spider fixes its prey with eight eyes before it starts to jump. 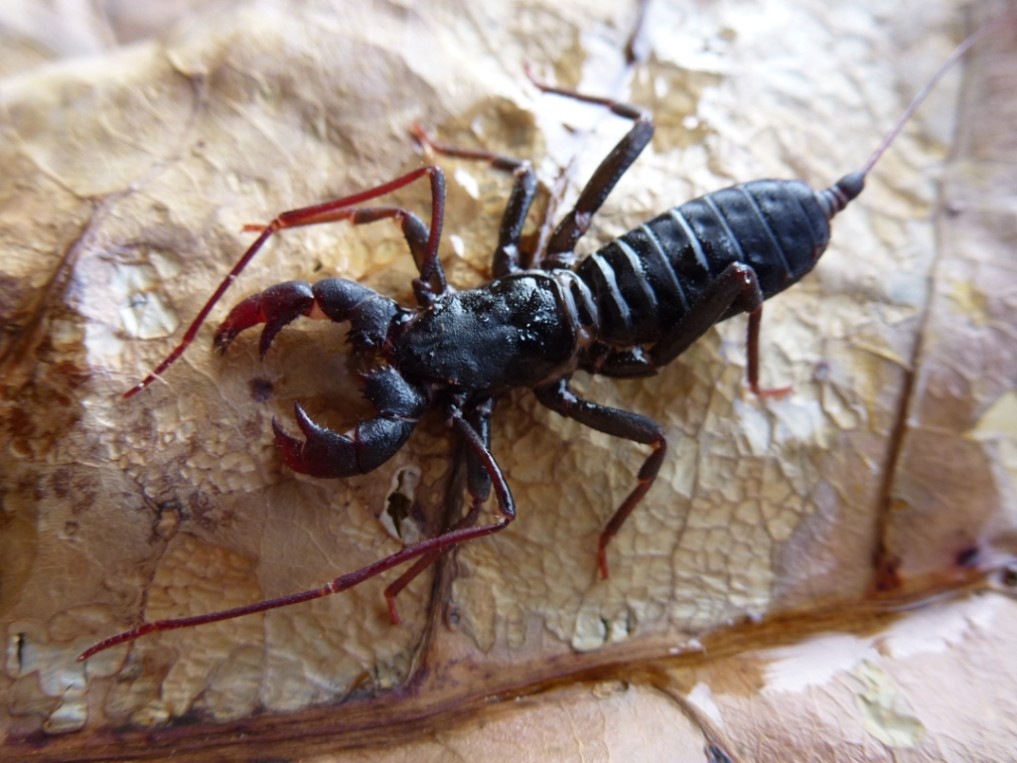 At night they go on the prowl. Insects and millipedes have to watch out for the 8 cm tall scorpion-like arachnids. At first glance they are reminiscent of scorpions, but their claws are nowhere near as strong and flexible as those of their relatives.

Although they have neither venomous stings nor venomous glands, they can cause pain, and from the end of their body they can spray a caustic and smelly liquid up to 50 cm away, which causes reddening of the skin - and even severe pain if it comes into contact with the eyes. Rinse the affected eye immediately with clear water!

A primeval group of animals that already existed in the geological age of the Silurian (410,000,000 years ago) and was one of the first land dwellers. Today they still feed on carrion, dead plants and overripe fruits. They are particularly lively out and about after rains.

On average, these articulated animals are up to 50 cm long and have 750 legs. Poisonous claws and painful bites are not available. On the other hand, many species can secrete a caustic liquid from their glands, which can lead to rashes and severe itching on contact with the eyes.

Centipedes or scolopers in Indonesia

There are three things that differ from their predecessor: Centipedes feed on invertebrates, have an odd number of pairs of legs, and they are poisonous!

During the day they lie under stones and roots. They only leave their hiding places at night. The light-shy, up to 30 cm long articulated animals can bite very painfully if you disturb them and corner them.

Adult specimens inject enough poison with their pair of legs, which have been converted into poisonous claws, to cause severe swelling of the affected area and pain in humans.

Symptoms of paralysis that can last for several days are not uncommon. In addition, dizziness and numbness occur. A bite leaves large wounds that need to be disinfected as soon as possible. 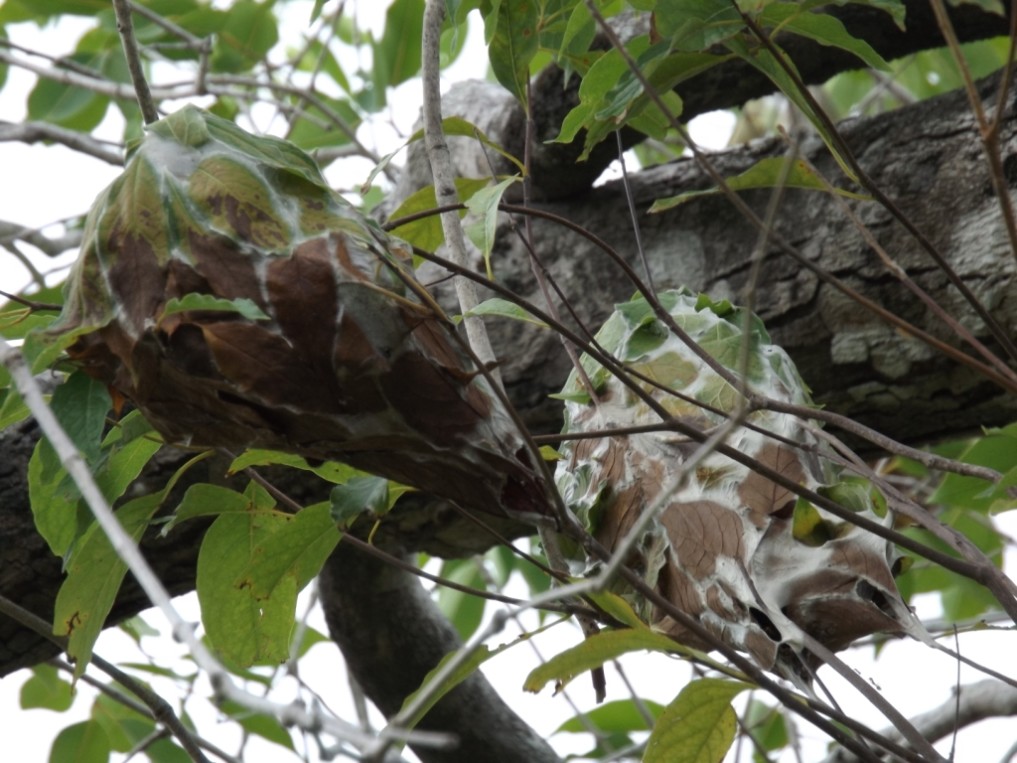 Trees, bushes and shrubs, this is the habitat of the weaver ants, which are up to 2 cm long and armed with powerful jaws. They owe their name to their ability to sew several leaves together to form nests. They are helped by larvae, which they hold firmly in their mouthparts. By means of a secretion that the larva secretes, the leaves are "sewn together".

Danger! If you come into contact with these aggressive crawlers, they quickly bite into your skin and cause painful bites. They also drip a burning secretion into the fresh wound. Ouch! 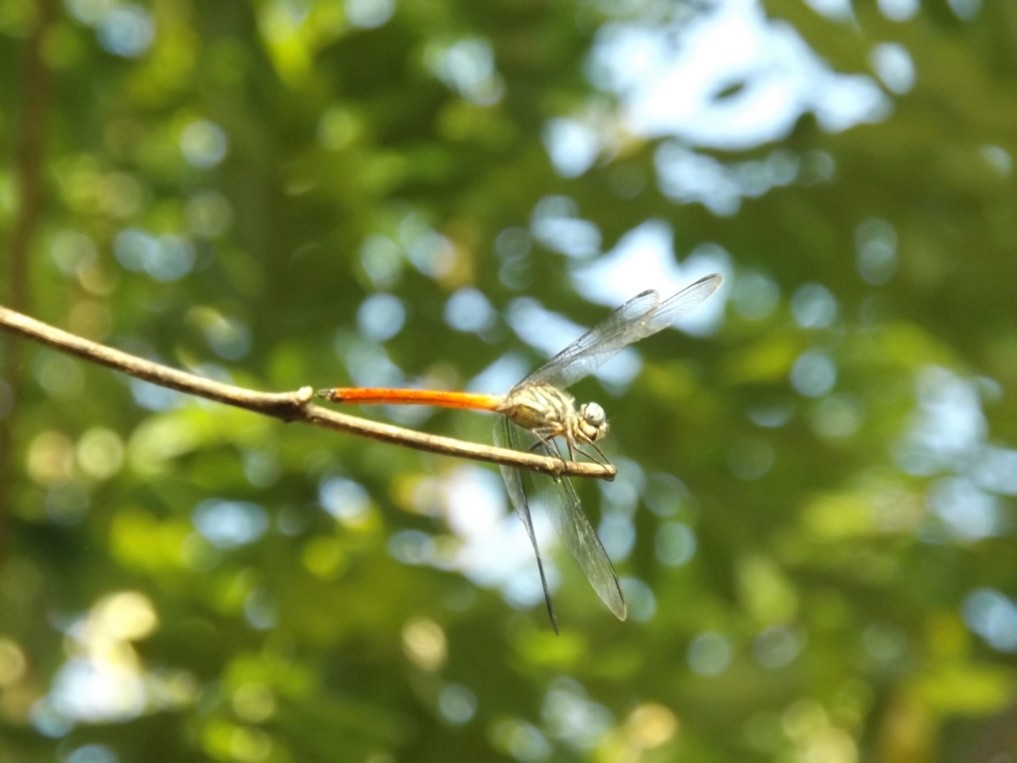 Big or small, all dragonfly species are harmless. Always found near water, these "aerobatic pilots" hunt their prey in the air at a flight speed of 13 m / s! With the first pair of legs they hold the prey (mosquitoes, flies, ...) tight.

Their huge compound eyes, which consist of thousands of individual eyes and can detect movements six times faster than the human eye, are striking. They also have three point eyes. They probably use this for orientation. 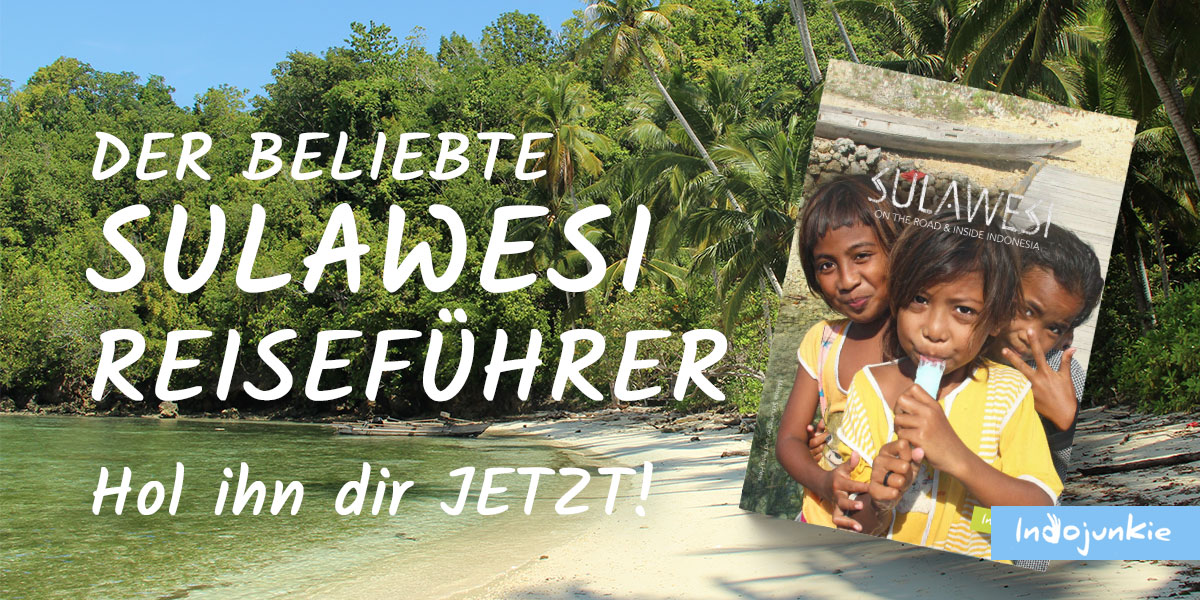 If you're looking for even more great tips about traveling, diving, and eating in Sulawesi, be sure to get a copy of ours Sulawesi box or Sulawesi e-books. Come with me to the Indonesian island of Sulawesi, where adventure is still possible! 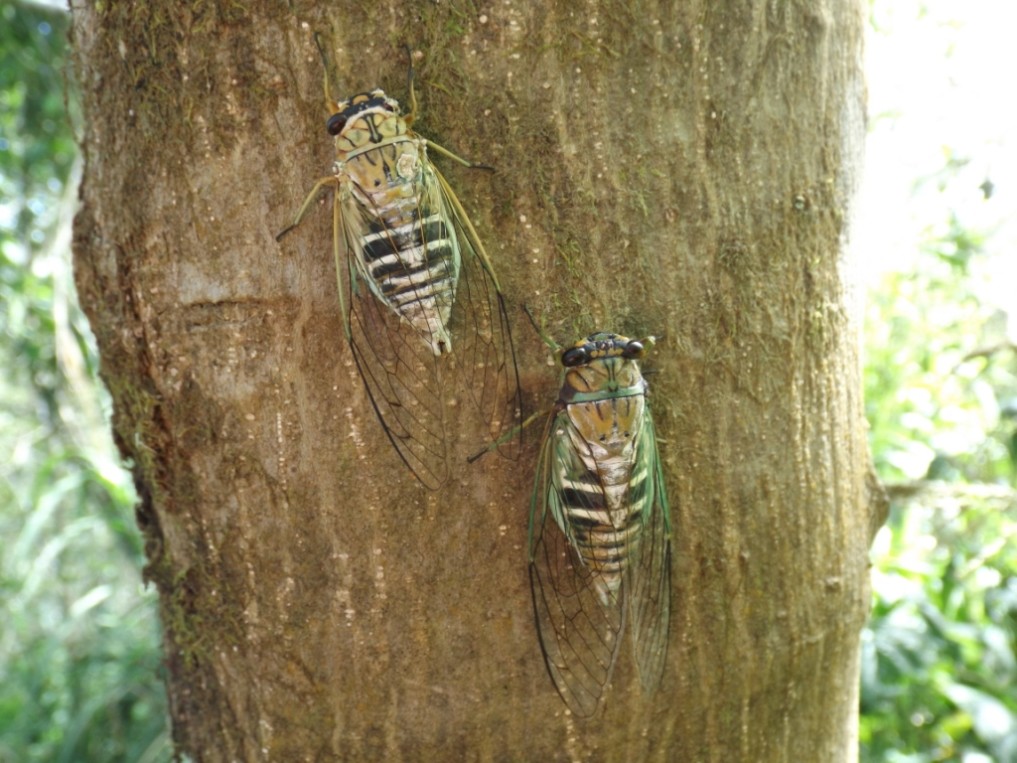 More to hear than to see and by far the loudest group of insects in the jungle. Often their sounds are reminiscent of engines or sawmills and can rob some of the sleep.

They generate this “song” through an organ that is located at the beginning of the abdomen. Singing muscles make the records vibrate in this drum organ. The purpose of males is to attract females. The females, on the other hand, just “sing” like that.

Due to their heavy build, these singing cicadas (Cicadidae) up to 12 cm long are slow and bad fliers. Tree and plant saps are among their preferred food, which they extract with their proboscis. In doing so, however, they do not harm the tree in any way.

Once it has grown into an adult insect, which can take 9 months to several years and the respective animal has to undergo five moults, it only has a few months until it dies of natural causes, often clinging to a branch, and gradually of lichen and mosses are overgrown. 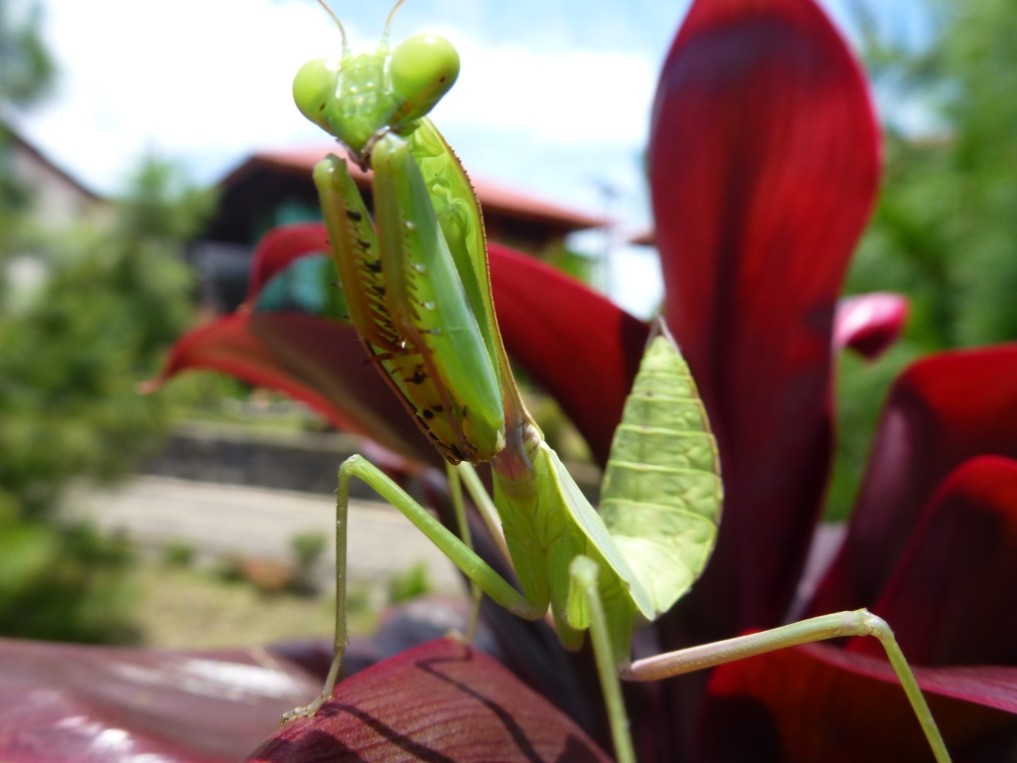 In terms of relatives, this fishing insect is more attracted to the cockroaches than to the grasshoppers. 1,800 species of these masters in camouflage colonize the globe and are absolutely harmless to us humans.

It got its unusual name because of its prayer-like observation posture. She can open her catching device (first pair of legs) like a jackknife in seconds. The prey (mosquitoes, flies, small spiders) then remains in the small teeth with which the catching device is equipped and is then eaten with relish.

Rhinoceros and stag beetles in Indonesia

Imposing appearances that seem threatening, but are actually quite harmless. The males in particular have huge antlers with which they fight real fights with same-sex conspecifics.

Unfortunately, many of them are sold to tourists as beetle preparations, which please do not support them. 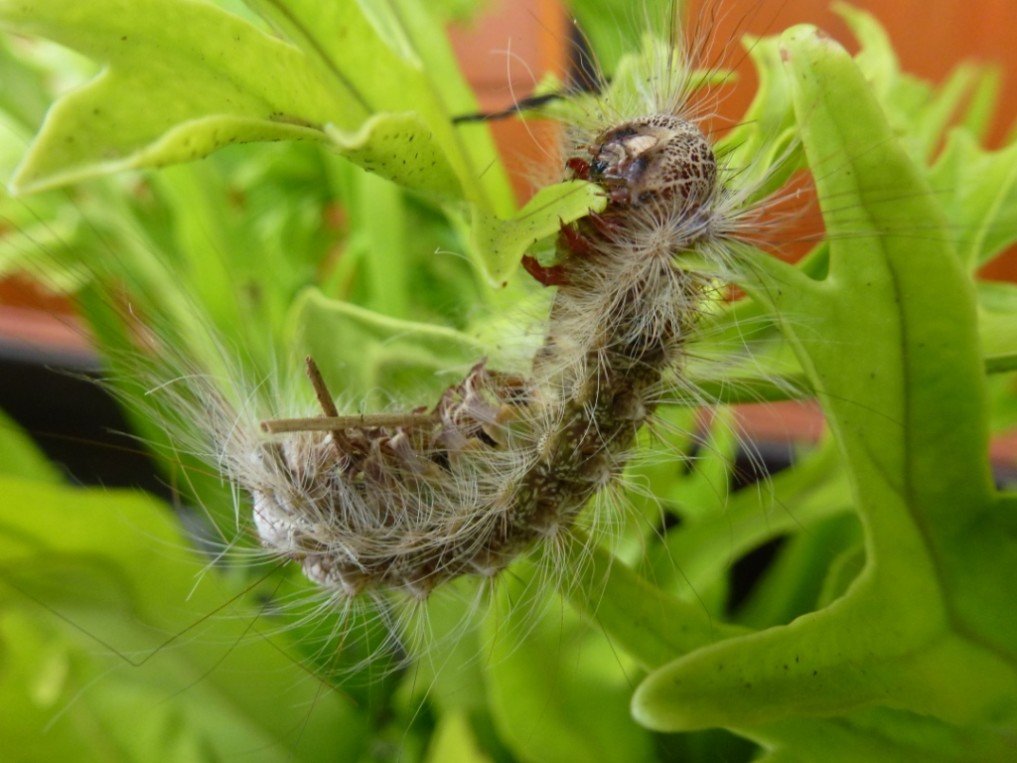 Beware of cocoon webs! When pupating, the caterpillars are more than happy to distribute their stinging hairs in it. Inhalation through the mouth: inflammation and swelling in the throat, which usually heals after 24 hours. Best hands off!

This real toad species is widespread throughout Southeast Asia. It is adaptable, colonizes different habitats and also man-made cultural landscapes. But be careful! This amphibian is quite poisonous - from egg to fully grown specimen.

In the event of skin contact, wash the affected area with soap as soon as possible and urgently avoid contact with eyes and mucous membranes. 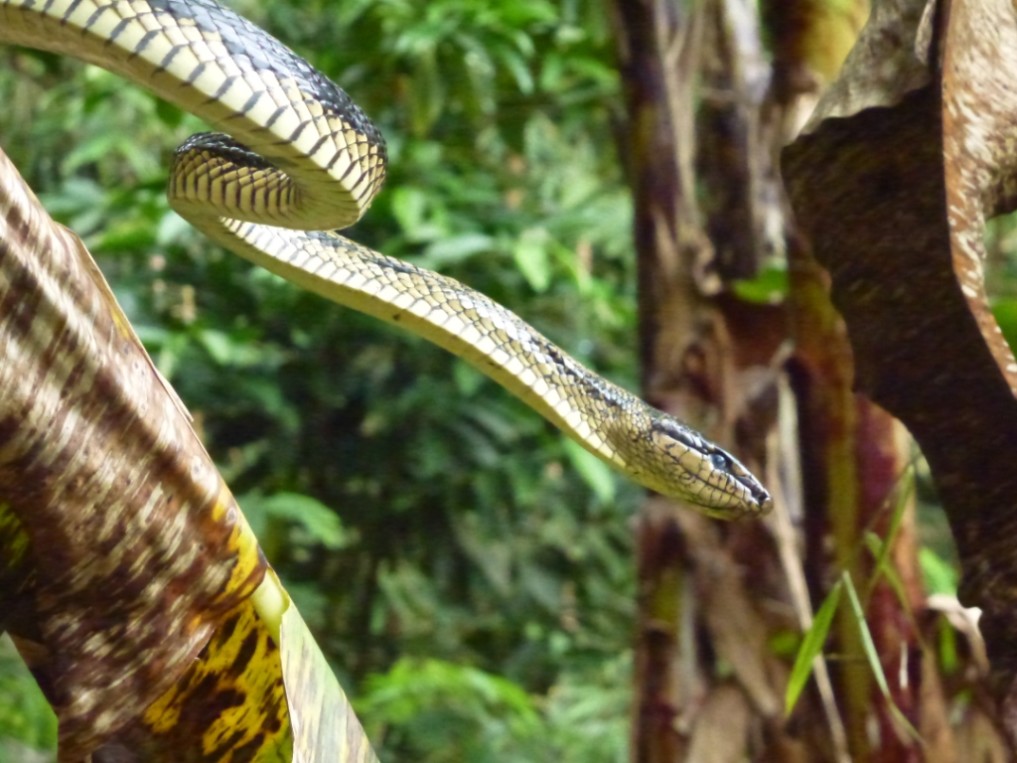 It is actually worth dedicating a separate report to the snakes. As long as people can remember, there has been fear and fear of snakes, although only 1/3 of the more than 2,500 species of snakes worldwide are poisonous.

Bite accidents usually occur when snakes and humans unexpectedly collide. A distinction is made between defense bites, in which little poison is injected, and hunting bites, in which a lot of poison penetrates the victim.

Due to ignorance and fear, hundreds of snakes are slain by the local population every year for no reason with the machete. In North Sulawesi, for example, reticulated pythons are considered a delicacy and are offered at markets in the Minahasa highlands.

They climb walls and scurry along ceilings thanks to the adhesive strips on their wide toes.

When in danger, they even shed their tail to escape the predator. Usually active at night, these harmless reptiles can be found near light sources, where they prey and eagerly devour mosquitoes.

Tips for the perfect photo of the crawly animals:

Observing is one thing, taking photos is another. You don't have to be a professional to take great macro photos if you follow these 7 golden rules of macro photography:

Then I only have to say:

"Go through nature with your eyes open, watch where you step, what you touch and just leave your footprints."

If you want to learn more about photography, you can polish up your photo skills in Jenny and Basti's photography course at 22places. Technical know-how is explained in an understandable way and with the photo projects you apply new knowledge in practice.

To the photography course

About the author:Michael is the manager of the Bobocha Cottages on Siladen, expedition leader and out and about in nature as often as possible. In addition to diving, cooking and mountaineering, he likes to explore unknown islands, impenetrable rainforests and indigenous people. He organizes shoots for well-known television stations and has been infected by the Indonesia virus since 1990.

Disclosure: This post may contain affiliate links and advertisements. There are no additional costs for you. We only recommend products that we use ourselves, that we are 100% convinced of or that have been recommended to us by a competent person. Through advertising and affiliate links, we can find the time to design this blog and fill it with love and content. Peace, Love & Banana Pancake. Your Indojunkie team. 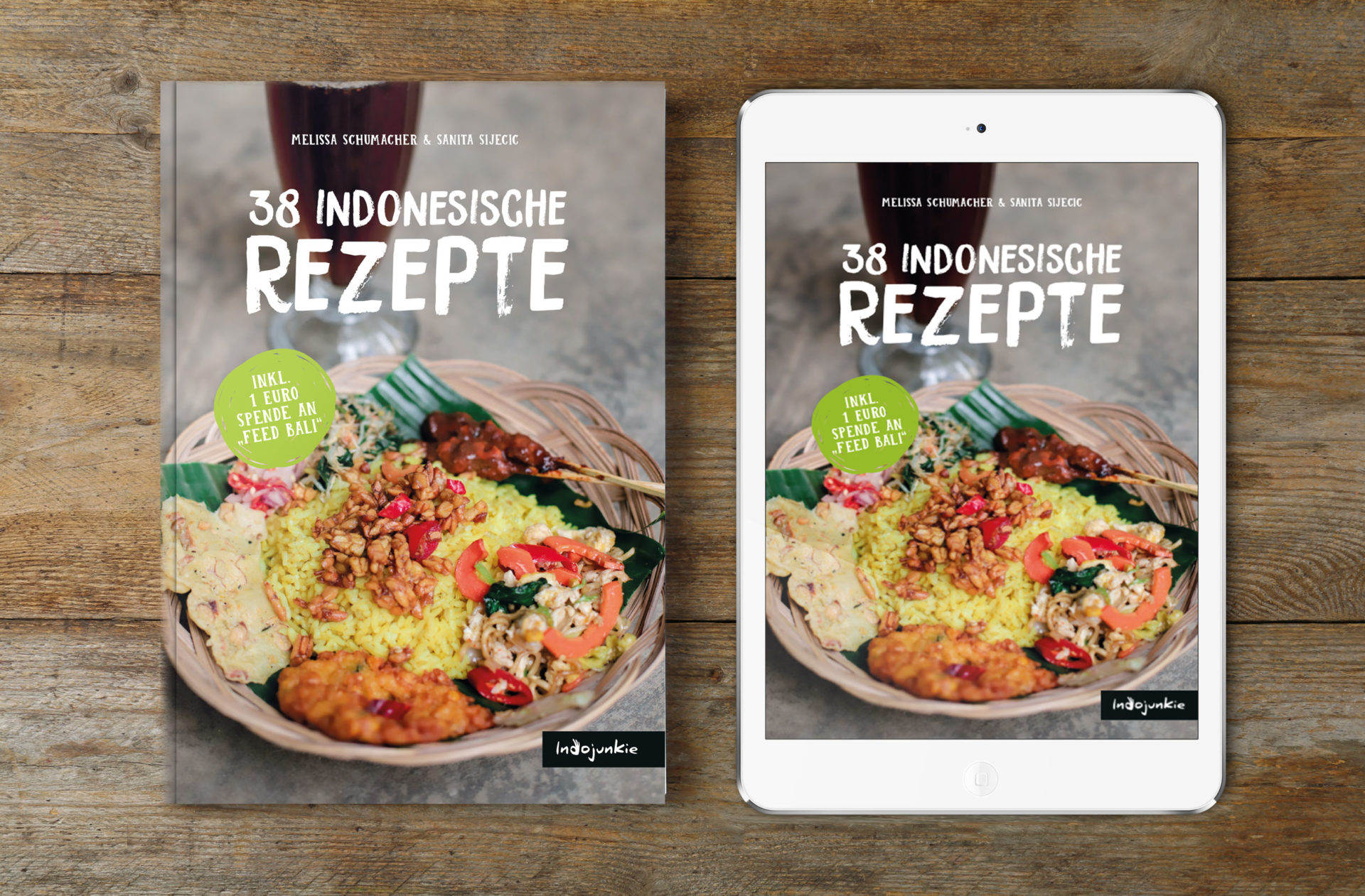