Which manga series do you consider masterpieces

A database for ghosts and ghosts 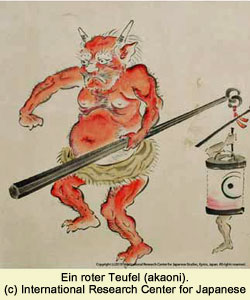 The culture of Japan is rich in stories of monsters, ghosts, ghosts and other supernatural beings. But how big is this wealth in concrete terms? In June 2010, the International Research Center for Japanese Studies in Kyoto published a “Database of Images of Strange Phenomena and yokai (Spirit beings) ”, which is already very popular with numerous visitors. Also abroad is interested in yokai increased significantly in recent years. This is mainly thanks to the frequent appearance of ghosts in popular culture classics such as Spirited Away, Princess Mononoke or other masterpieces of anime by director Hayao Miyazaki. But the anime series Pokemon and computer games also have their share in this boom. To get to know the numerous monsters, ghosts and other strange beings that populate anime, manga and games better and personally, so to speak, please click here to visit this database.

The “database of images of strange phenomena and yokai (Spiritual Beings) ”was created by a team of researchers led by Prof. Kazuhiko Komatsu. As a kid, he was a huge fan of having films yokai and today Prof. Komatsu is the leading authority in Japan in the field, who made the study of supernatural beings his life's work. For many years he has kept records of the rich folklore too yokai that have been passed down through generations in the various regions of Japan. Eventually he decided to make his material available to the public. This idea formed the background for the database “Folk Tales Data on Strange Phenomena and yokai (Spiritual Beings) ”, which was published in 2002 and contains information on around 35,000 supernatural phenomena in the folklore of all of Japan. Since its inception, this database has had over a million hits from users around the world.

Work on a database of images began in 2007 in response to inquiries from researchers and others yokai-Fans who wanted to see pictures of Japan's mystical beings. The project team spent three years compiling 1,826 pictures of monsters, ghosts, ghosts and other supernatural beings from around 100 picture books owned by the center, including screens and scrolls from different periods.

In addition to Japan's cultural wealth of legends in which yokai and other strange phenomena occur, there is also a long tradition of depicting these beings in art. The scrolls Kitano Tenjin Engi Emaki (“Illustrated legend of the Kitano shrine”) for example consist of several scrolls from the Kamakura period (1192-1333), in which hell and countless demons are depicted. During the Namboku-cho period (1336-1392) many picture scrolls were created, the beings like tengu (goblin-like creatures with long noses that have both human and bird-like characteristics), tsuchigumo (spider-like demons) or shuten-doji (giant red monsters) show. The work also belongs to the later scrolls Hyakki Yagyo Emaki (Illustrated nocturnal parade of a hundred demons), which is a long procession of the most diverse yokai shows marching through a city.

During the Edo period (1603-1868) this tradition of performing yokai in picture scrolls to a kind of entertainment art for the masses in picture form. At that time, monsters, ghosts and monsters played a central role in Japanese culture in the most varied of shapes. The yokainow appearing in great numbers in anime, manga, and computer games are direct descendants of this long and rich tradition. 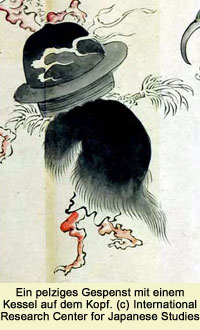 A special feature of the image database is that users can identify the various beings not only by name, such as oni (a monster living in the mountains) or kappa (a water goblin), but also on the basis of search terms relating to shape, behavior, color or objects that are being carried.

The search function currently only supports entries in Japanese, but this does not prevent many users from outside Japan from accessing the center's website. The center recommends that overseas users have their search terms translated into Japanese using an online translation service and then copy the Japanese characters directly into the search field. For example if you look for red yokai you should have the English term “red” translated into the Japanese word “aka” through an English-Japanese online translation. The characters can then be copied into the search field, which appears after pressing the blue field in the lower left corner of the database main page. After pressing Enter, a series of images will appear with yokai in red on the screen. 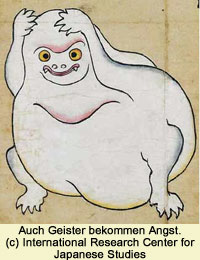 Professor Komatsu explains: “During the Edo period, looking at pictures was part of the process yokai a form of pleasure for the common people. These images became so popular that they were even used as patterns for kimono. […] Demons and ghosts exist in all kinds of cultures around the world, but there are few countries where these creatures have become an integral part of entertainment and culture, as in Japan. In this day and age of globalization, the culture is the yokai an expression of Japanese folklore that Japan should be proud to share with the rest of the world. "