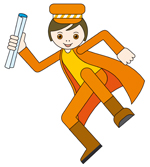 What we no longer need or want is often simply thrown away. This is quite simple. Open the garbage can and it's gone. This creates mountains of rubbish that are annoying, stink or even endanger health. Has always been thrown away. That is why waste has as long a history as humans themselves. What has changed over the millennia, however, is the amount and composition of waste!

Repair instead of throwing away!

Just 100 years ago, furniture, clothing, shoes, clocks, dishes and many other things were made in such a way that they could be used for much longer than they are today. Once they broke, they were repaired. It was customary to mend trousers or to bequeath "valuable" items such as books, cupboards and festive clothes to the children. Less was thrown away and raw materials and energy were saved. A society in which things are dealt with in this way is what we call »Repair company«.

A society where many things are only produced for short-term use is called "Throwaway society" designated. Due to the ever-increasing amounts of waste, one has to ask oneself: Is material prosperity a high quality of life? And what effects does that have on our environment?

The mountains of rubbish are growing

Never before has a society used so much energy and resources as it does today. And the environment has never been so heavily polluted: 1.3 billion tons of waste are generated in the European Union every year. Every European generates an average of one kilogram of garbage per day. That's 365 kg a year. 180 million tons of waste are thrown into the residual waste bins in households. The packaging alone that we throw away in Europe over the course of a year weighs as much as 4,000 Eiffel Towers combined.

Living with Garbage - From Ancient Rome to Modern Times 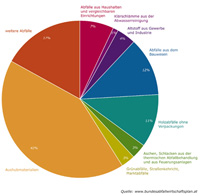 In 2006, around 56.2 million tons of waste were generated in Austria. These are made up of:

It's in the residual waste bin! 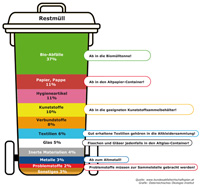 A few figures on Viennese rubbish

Own calculation with MA48 data

Viennese waste management for the past 60 years

Waste separation and recycling are extremely important for a sustainable economy. The recycling of waste not only protects the raw material sources, but also helps to save energy and reduce the impact on the climate.

Correct collection is crucial so that the raw materials can be further recycled. So what goes in which bin? And what doesn’t belong in it? And why?

Away from the huge amounts of waste

Although the garbage stinks to everyone, there is more of it every year. Even if the garbage is collected separately and a lot is recycled - the very best garbage concept is and remains: Avoid garbage.

»Avoid recycling before burning and dumping«.

The less waste is generated and the more waste can be recycled, the less it ultimately has to be incinerated or disposed of in waste incineration plants. What can be described so easily here is much more difficult in reality. With a »sustainable material flow management«, energy and resource savings are already considered in the development and manufacture of products.

It is also about aligning the products with the needs of their future users. This increases their value and extends the "service life". During development, it is important to consider what will be done with the products and consumer goods when their lifespan comes to an end: Materials that can be recycled are of higher quality because they are made into the same product or something else
can.

All that should be left over is waste that can be dumped without endangering our health and the environment. An optimal material flow management is the »circular economy«: Here, materials that are used for the production of consumer goods are used again for the same or for different products. The cycle is thus closed and natural resources are saved.

It would be ecologically ideal if all those things that you no longer need ...

It goes without saying that it is best for the environment if these things are made from renewable raw materials and free of toxic or dangerous substances.