What is the best light aircraft

No other aircraft class offers such a great variety as the ultralights. The spectrum ranges from the tube-and-cloth plane to the carbon fiber top-seller. For more than ten years, gyroplanes have also had a significant share of the market, but only MTOsport has made it into the top 10. The two AutoGyro models Calidus with 60 deliveries and Cavolon with 52 copies and the M-24 Orion from Magni with 49 models sold are outside the top 10. At this point you will get to know Germany's top 10 ULs. We asked the DAeC and DULV associations about the number of traffic permits. 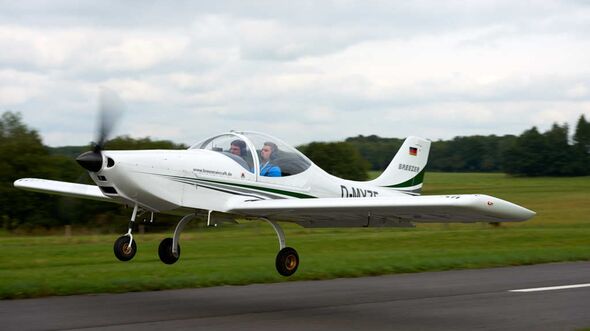 Many pilots swear by the qualities of the all-metal low-wing aircraft from northern Germany. Photo and copyright: Holland-Moritz

10th place goes to Schleswig-Holstein. The Breezer, initially designed by Ralf Magnussen as a kit airplane, has been mass-produced in Bredstedt for several years. A team of engineers is continuously developing the all-metal low-wing aircraft. The European LSA approval of the model has been in the box since the beginning of 2016. In the late summer of 2017, the completely redesigned Breezer Sport finally took off for its maiden flight. The declared goal is to enter the league of high-performance ULs with this model. 118 Breezers are on the road in Germany. 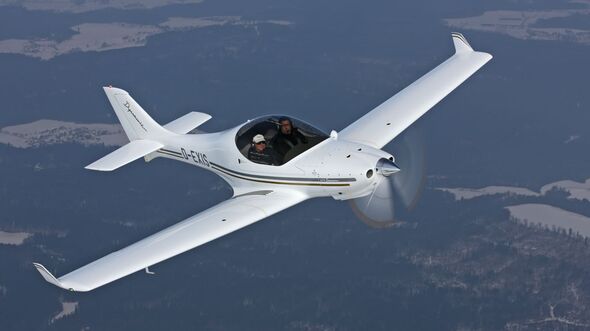 The Dynamic is the epitome of the noble high-performance UL. When cruising, the low-wing aircraft playfully cracks the 200 km / h mark. At the same time, the Dynamic is not too bad to tow glider planes in the rough club business. Your pilots appreciate the balanced flight characteristics and the comfortable cabin. Meanwhile, the manufacturer Aerospool from Slovakia also has a variant approved as a European LSA on offer. 137 ultra-light Dynamic are currently listed at DAeC and DULV: 9th place! 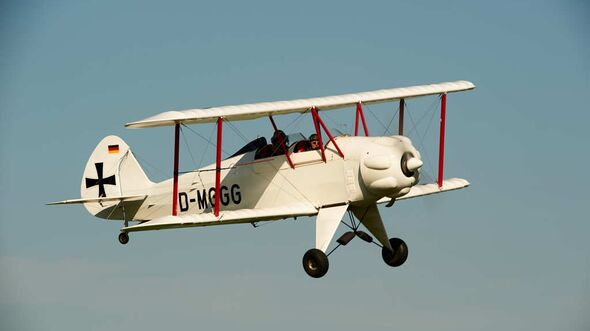 The lapwing from the pen of designer Michael Platzer has a huge fan base in Germany. Photo and copyright: Holland-Moritz

Who would have thought: The rustic, do-it-yourself biplane is one of Germany's most popular ultralight aircraft. The designer Michael Platzer confronts the fans of his aircraft with a tricky task: If you want to build a lapwing, you can only buy the plans. There are no kits. Alternatively, only a used purchase remains. The effort is worth it, say 154 lapwing pilots from all over Germany. You enjoy a unique flight experience that is only available in a lapwing. 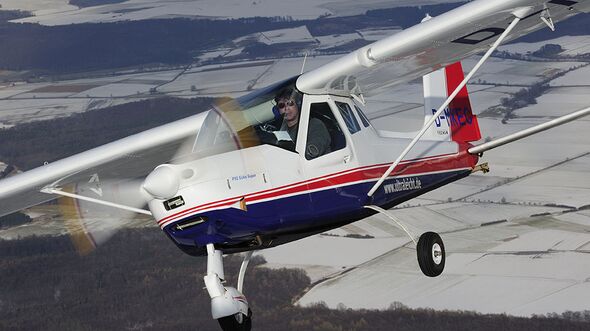 The Tecnam P92 is an honest partner for every day. Photo and copyright: Holland-Moritz

Tecnam's all-metal shoulder-wing aircraft P-92 glides as a technically and aeronautically fairly problem-free UL. The manufacturer from the south of Italy has launched the successful model in many different versions. The range extends from the spartan light version for schools and clubs to the luxuriously equipped touring aircraft. Since the Italians have been concentrating on certified single and twin engines, the German UL market has recently become quiet about Tecnam. 161 approved copies mean 7th place. 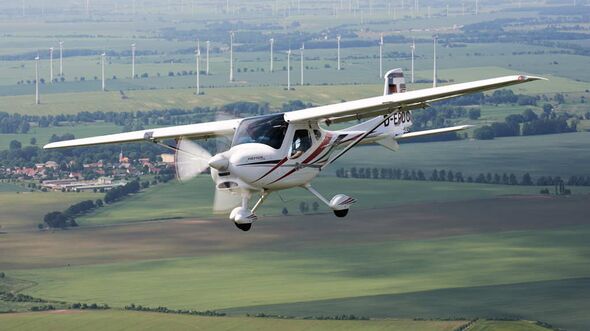 The name REMOS stands for exemplary workmanship and problem-free flight characteristics. That was already the case for the then new G-3 in the 1990s. The REMOS GX has been produced in Pasewalk, Mecklenburg-Western Pomerania for several years. In 2016 the GXiS was finally presented, the first REMOS with the Rotax 912 iS Sport injection engine under the Cowling. In April 2017, REMOS AG merged with the motor glider manufacturer Stemme from Strausberg. 171 copies of the stripped composite shoulder wing are permitted. 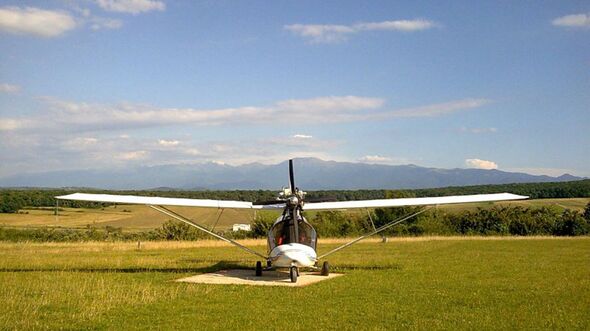 The aged C22 is simply part of Germany’s UL site. Manufacturer Comco Ikarus from Mengen brought the C22 onto the market in the 1980s and landed a gigantic success with it - 184 units are still registered with the associations. By today's standards, flight characteristics and comfort may seem rather rustic, but real fans love the original flying with the tube-cloth construction. 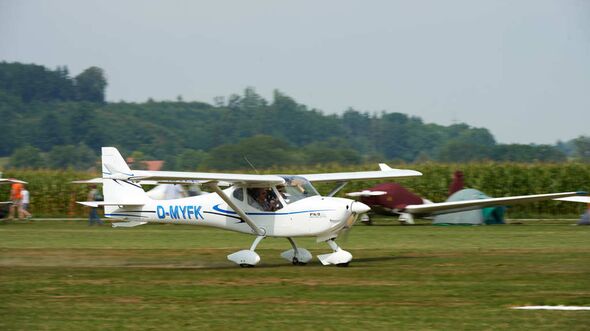 The FK 9 is a versatile partner for training, travel and club operations. Photo and copyright: Holland-Moritz

This shoulder decker has long been a piece of living UL history. With the FK 9, Peter and Otto Funk Ende presented one of the first cabin ULs at AERO 1989. Even today, many clubs and flight schools trust the qualities of the FK 9. New model generations ensure continued success, but the older models are also quite popular as safe second-hand purchases. 196 approved FK 9 speak a clear language. The aircraft is currently being built by FK-Lightplanes in Poland. 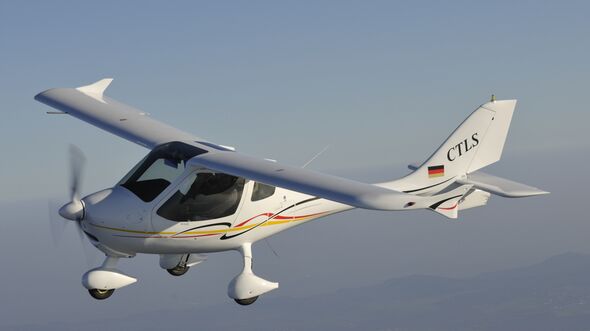 The CT ranks third among the most popular ULs in Germany. Photo and copyright: Holland-Moritz

The cantilevered CFRP shoulder-wing decker is brisk, the cockpit is spacious and, thanks to the large tanks, the aircraft is perfect for long journeys. In terms of aviation, CT has improved from generation to generation. The last version built is the CTLS. At the beginning of 2016, Flight Design, one of the world's leading light aircraft manufacturers, went bankrupt. New structures have now been created. The newly founded Flight Design general aviation GmbH is based in Eisenach and, according to the company, production continues in the Ukraine. 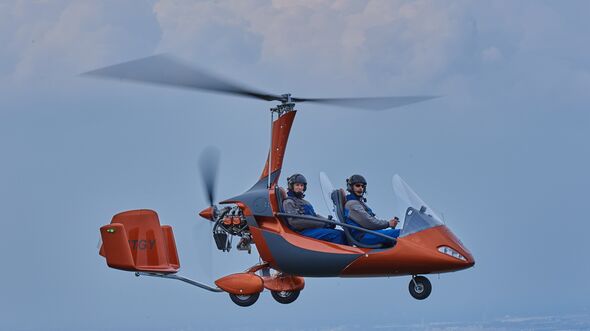 Pilots and passengers all over the world love to let the wind blow around their noses in the open MTOsport. No other gyroplane has sold better worldwide than the MTOsport from Hildesheim. To keep it that way, AutoGyro presented the 2017 model, which has been improved in many ways, to the public in April. If you add the previous model MT-03, 364 copies are registered with the associations DULV and DAeC. 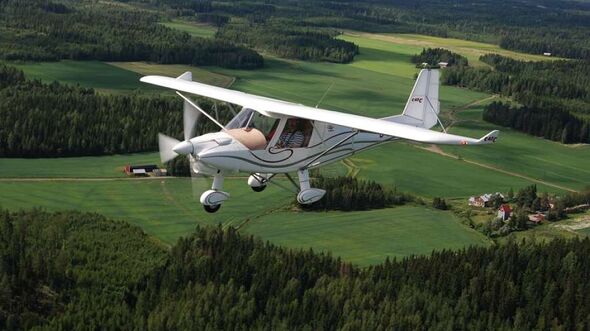 The new C42 C has inherited the tame flight characteristics of its predecessors. Photo and Copyright: Comco Ikarus

There is no way around Comco Ikarus' C42. 642 customers from all over Germany have currently opted for the rock-solid tube-cloth pattern. Whether training, travel or club operations, fans of the model appreciate its versatility. In addition there is the label "made in Germany", because the UL is manufactured and continuously developed at the aerodrome in Mengen. Several versions of the C42 are on the go from the very basic to the fairly luxurious.