Abandoned boats in the sea area, there is a procedure to remove them 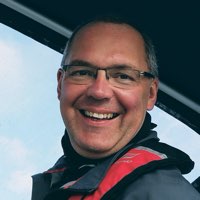 As you know, dilapidated boats are an eyesore for the entire boating community. They take up undue space in recreational harbors, sometimes threaten shipping and create a catastrophic image for certain harbors. In general, given the perceived complexity of the approach, the managing authorities of these ports have made no attempt to rectify the situation.

This is not really the case in practice. Indeed, as is generally the case in law, if things are not done in the correct order or with the correct tools, the process initiated can suddenly prove blocked, either by itself or by the interjection of one or other party.

The transport code in action

Articles L 5141-1 to L 5141-7 of the Transport Act are the ones that interest us in this case. They provide the ability to end the ongoing obstruction or danger posed by the presence of an abandoned ship.

Obstacle: The boat must be a real nuisance. Pretty easy to determine if the owner doesn't pay a parking fee (in the case of a marina) or a right to use public property (quay, lakefront ...). In the first case, the handicap is diverse: on the one hand, the marina operator loses money, and on the other, sailors who might be considered for the place in question are prevented from occupying it.

Longer: This term is left to the discretion of the judge. For this reason, it is essential that the port managers take regular tours of the port and take customized and dated photos of all the boats that they are keeping and archiving as evidence.

Hazard: The concept of hazard must be clearly specified and detailed.

Let us interpret these articles in turn and in detail.

The boat has to float

Paragraph 1 defines the thing and the place where it is located as follows:

This chapter applies to any floating craft or buoyant watercraft, hereinafter referred to as "ship", abandoned in the territorial waters, in the internal waters below the cross-sectional boundary of the sea or in the administrative boundaries of the seaports or on the banks dependent on the public maritime system or on the seashore and poses a danger or hinders the pursuit of activities in maritime traffic, on the coast or in ports for a prolonged period .

In short, a floating boat with a pontoon that prevents another user from sitting falls under this definition.

Paragraph 2 defines the term of abandonment of the ship:

The abandonment of the ship by the owner, shipowner or operator is the result of the lack of crew on board or the lack of security and maneuvering measures.

When the ship is free of occupants or attendants, whether on board or not

The safekeeping measure takes into account maintenance in the operating state of the ship. In other words, a minimum of maintenance is required

To sum it up again: A boat that has no person on board and the deck of which is covered with foam falls under the definition proposed by the legislator here.

Paragraph 3 lays down the possibilities and modalities for the application of what is defined in the two previous paragraphs:

In order to remedy the danger or persistent obstruction referred to in article L. 5141-1, the competent administrative authority of the state may resort to the seizure of persons and property. The judicial enforcement of the claim for compensation in the event of seizure is transferred to the judicial authority.

If the owner, shipowner or operator or their representatives, who have been duly requested to remove the danger or persistent obstruction within the deadline set, refuse or fail to take the necessary measures, the competent administrative authority of the state may or, within the administrative limits of seaports, the port authority referred to in Article L. 5331-5 intervenes at the risk and expense of the owner, the shipowner or the operator.

In the event of an emergency, measures to avert danger, including detention and maneuvering, can be carried out ex officio and without delay.

The first paragraph explains that the managing authority has the power to seize property and people in order to end the disruption.

In other words, it empowers the town hall (or port manager) to have a crane, staff ... to move the boat and prevent it from causing damage.

The second paragraph explains that the fact that an owner does not respond (in the broadest sense) to injunctions is not enough to prevent them. The authority has the power to intervene after the deadline set for it. And this intervention by the government is at the expense of the owner of the disturbed ship.

These three paragraphs are thus sufficient to