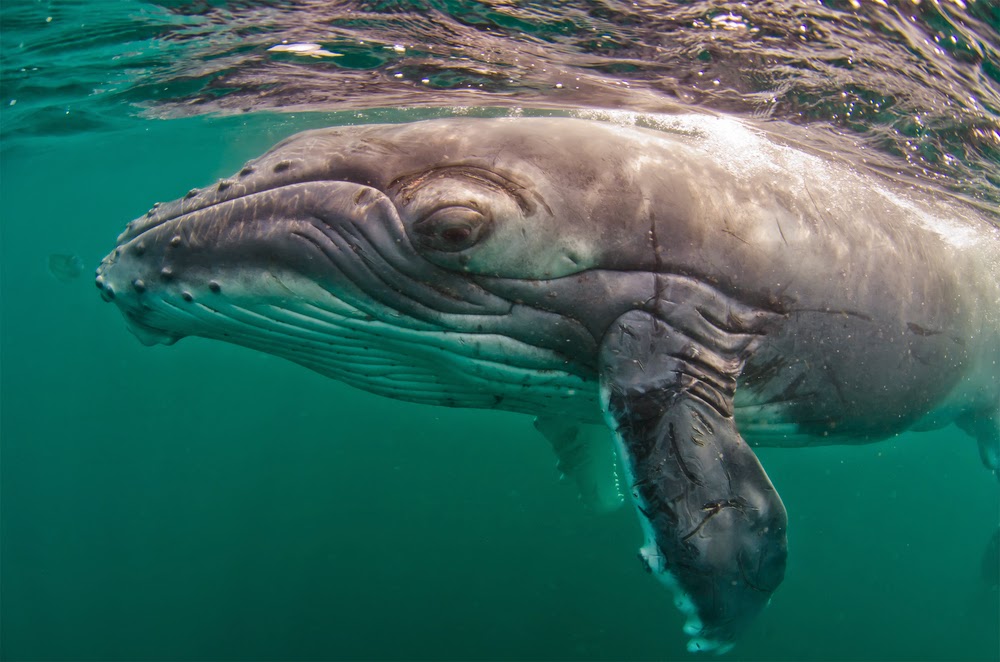 London, Tübingen (dpo) - One of the last great secrets of nature has apparently been finally deciphered by an international team of researchers: the songs of whales. As a result, the elongated sounds are not, as previously suspected, a special type of communication, but merely gigantic burps. Why the animals spend a large part of their lives belching is now to be explored further.

"We observed the animals for fourteen months," says team leader Benjamin Klerris, recalling the beginnings of the research series. "Nobody was able to correctly explain the origins of the supposed chants, which span up to four octaves and can be heard for miles," until the scientists observed that the whales always swallow a little air when they emerge to breathe or from the water leap. "All of a sudden the solution was in front of us in all its beauty," reports the team leader.
Whales burp mainly to pass the time in the endless expanse of the ocean. "And as sociable animals, of course, they burp back when they hear another conspecific burp," explains Klerris. The image of whales as the gentle giants of the seas is out of date. "Rather, whales have to be correctly described as the uncouth proles of the ocean."
Anyone who has previously listened to recordings of "whale songs" for reassurance can now enjoy the sounds in a whole new way in the light of the new discoveries. "Especially the very long burps give the listener a whole new respect for this fascinating animal species", says Benjamin Klerris.