What is SID in SAP

If you have a SAP deployment, you can use an internal load balancer to create a Windows cluster configuration for the SAP ASCS / SCS instance as outlined in the SAP NetWeaver High Availability Guide on Windows Virtual Machines.

This article covers the transition from a single ASCS / SCS installation to a SAP Multi-SID configuration by installing additional SAP ASCS / SCS cluster instances on an existing Windows Server Failover Clustering (WSFC). When this process is complete, you have configured a SAP Multi-SID cluster.

You have already configured a WSFC cluster to be used for a SAP ASCS / SCS instance as described in the manual on "High Availability" of SAP NetWeaver on Windows Virtual Machines and shown in this diagram. 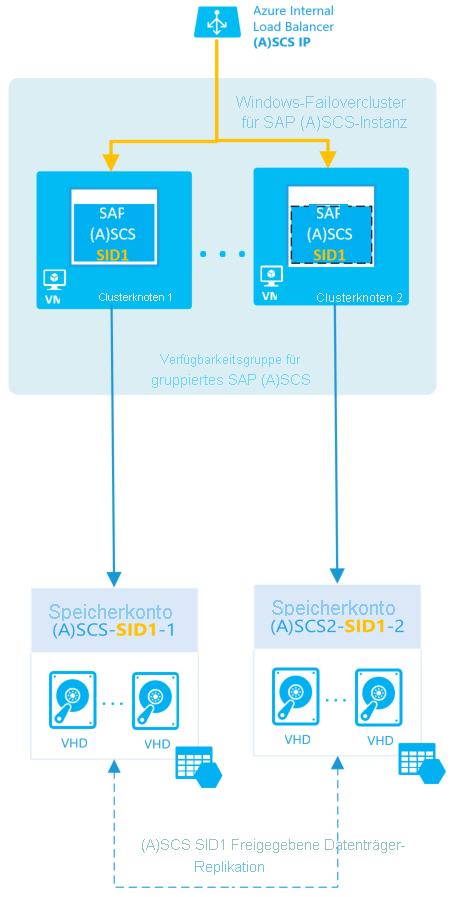 The goal is to install multiple SAP ABAP ASCS or SAP Java SCS cluster instances on the same WSFC cluster, as shown here: 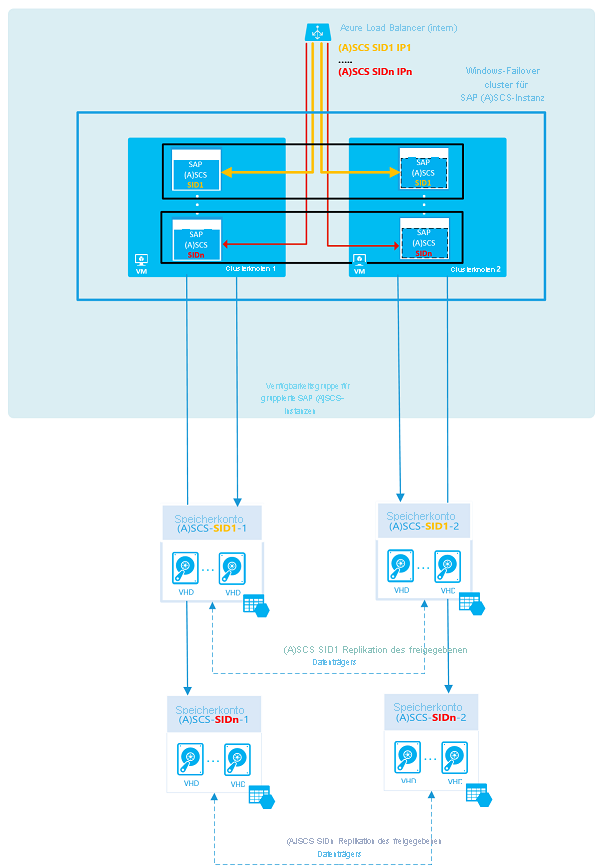 There is a limit to the number of private front-end IPs for each Azure internal load balancer.

The complete scene with two highly available SAP systems then looks like this: 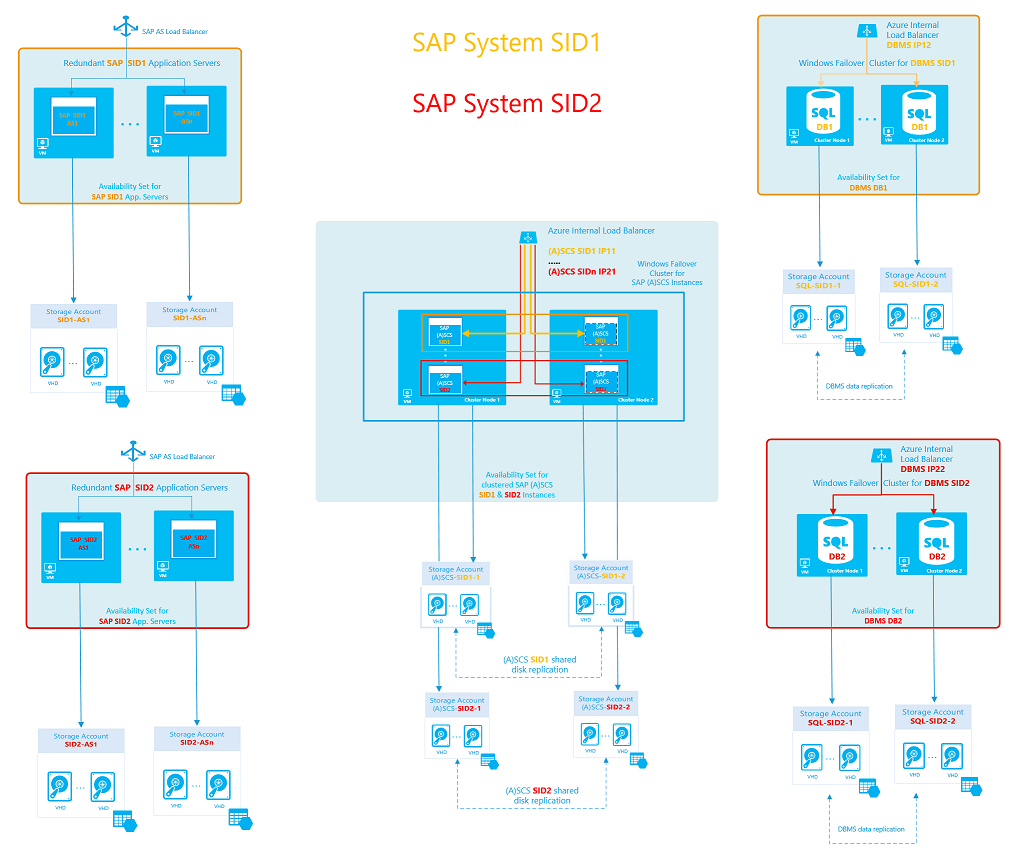 The setup must meet the following conditions:

To prepare your infrastructure, you can install an additional SAP ASCS / SCS instance with the following parameters:

You can install an additional SAP ASCS / SCS instance on the existing WSFC cluster with two nodes:

You can create a DNS entry for the virtual host name of the ASCS / SCS instance with the following parameters:

The new host name and new IP address are displayed in the DNS manager, as can be seen in the following screenshot: 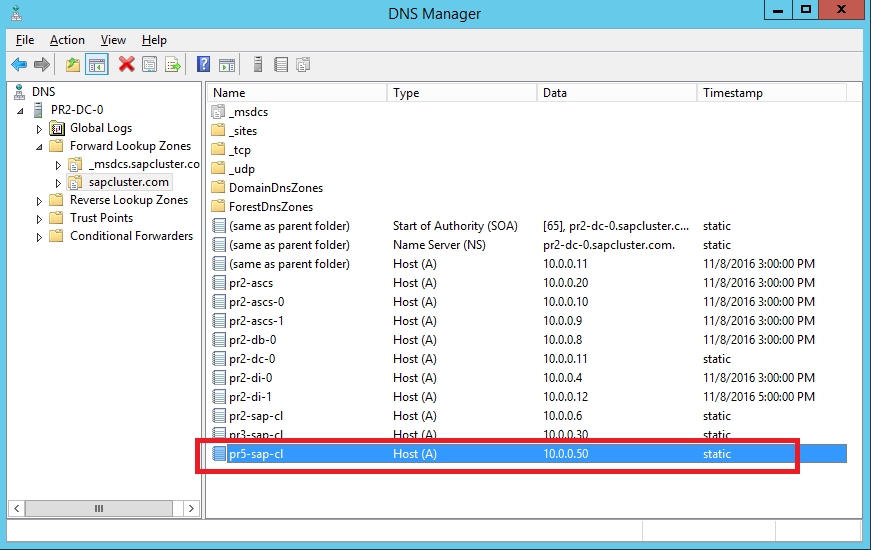 The procedure for creating a DNS entry is also described in detail in the main manual on the topic of "High Availability" of SAP NetWeaver on Windows virtual machines.

The following script adds a new IP address to an existing load balancer. Update the PowerShell variables for your environment. The script creates all the necessary load balancing rules for all SAP ASCS / SCS ports.

After running the script, the results will be shown in the Azure portal as shown in the following screenshot:

This procedure assumes that you have already installed SIOS DataKeeper on the WSFC cluster computers. If you have this installed, you must now configure replication between the computers. The procedure is described in detail in the main manual on "High Availability" of SAP NetWeaver on Windows virtual computers. 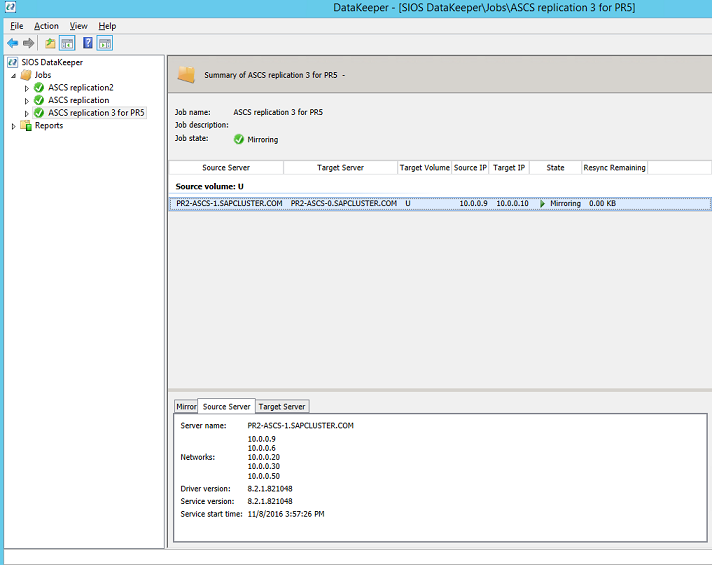 To complete the preparation of the infrastructure for the second SAP system, you must do the following:

The complete process of installing a second SAP SID2 system is described in the main manual on the subject of "High Availability" of SAP NetWeaver on Windows virtual machines.

The general procedure is as follows: