We are INTJs as lovers

MBTI Confusion: Can I Be More Than One Type? (INTJ) 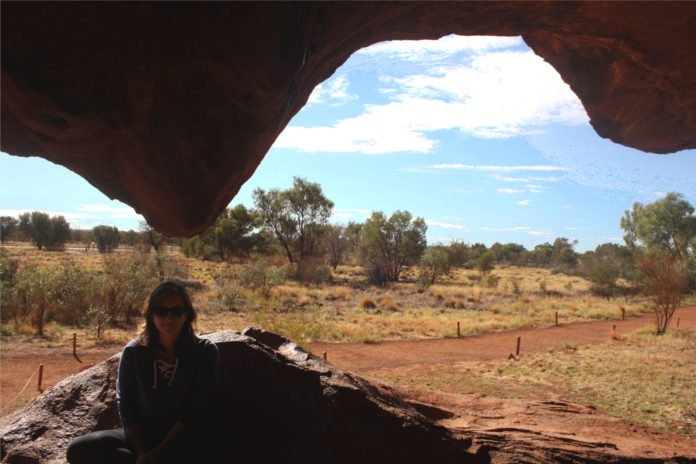 MBTI is a popular internet trend and can therefore be found everywhere. So of course everyone wants to know quickly which four letters best describe him or her.

I'm no exception. I really like personality tests, regardless of whether they are MBTI or "What kind of pizza are you?" However, I did myself no favors when I spent days in Myers-Briggs and the introverted types read in. Because for me there is no clear type - and probably not for you either.

The Myers-Briggs type indicator is a way of dividing human personalities into 16 different ways. The categories for this are:

The MBTI test find out which side you are more inclined to. The combination of preferences and dominant characteristics creates one of the 16 types.

If you haven't studied MBTI before, be sure to read the following post before returning here: Myers-Briggs Guide for Introverts.

Why is Myers-Briggs being criticized?

The MBTI is heavily criticized by the scientific community. The underlying examinations and study conditions are not acceptable according to modern standards. In addition, the Expressiveness of the test doubted.

For some, the type indicator is considered a phenomenon of Pop Culture and American corporate culture (the test is in the human Resource used). Others see its advantages, but at the same time warn against drawing bigger conclusions for your own life.

The biggest problem (from my point of view, not necessarily from a scientific point of view) is that Dichotomy approach. This means that each one is ultimately assigned to a page. So someone can be considered an I if they are 51% introverted, just like someone who is 99% introverted. Certainly these people lead very different lives. All ambiverted will feel pretty fooled. (What does ambiverted mean?)

Of course, this also applies to all other categories. A connection freak (N) can of course also simply accept and enjoy things (S). Structure and principle lovers (J) can adapt to new situations and be adventurous (P).

I fluctuate between INTJ and INFJ, what does that mean?

Let's get to mine personal experience with the test. He's killing me. So now I've said it, he's really beating me up. Because it is exemplary for my life. Although I have some Aha moments (especially regarding Ni), I end up being more confused than before.

That's because I'm for both INTJ as well as INFJ test positive. Anyone who knows a little bit will laugh at me, because: They are by far rarest Personality types according to MBTI, specifically as a female INTJ.

It's not uncommon to be between INTJ and INFJ. Many contributions deal precisely with the question of the distinction. My knowledge so far: I am either an emotionally chaotic INTJ or an INFJ ass violin.

But one after the other.

I stands for introverted. Nothing needs to be discussed. I'm not an extreme introvert, but I definitely lean far enough towards I not to have to question it.

N stands for intuitive. So I always want to see connections in my environment instead of just taking things as they are. Until recently, I didn't know that this was a personality trait, but yes, I have to put everything into context, otherwise I'll be unhappy.

J stands for judging. In other words, my lifestyle is more structured and clear. Here, too, it can be argued, because although I function best when I have structures, I also immediately get restless if they leave me too little freedom, which would classify me as more perceptive.

However, T and F are the most complicated letters in the MBTI chaos of my brain. Because they describe whether you are more likely thinking or feeling Judgments are made. I always try to make a logical decision, but those who know me also know that my feelings can get in my way.

INFJs are the most obscure characters and often feel missunderstood. They have no problem solving other people's problems when someone approaches them, but they don't know how to properly communicate their insides.

INTJs also have problems with their Emotions to show, but on a higher level. Many INTJs try to keep feelings out as much as possible. At the same time, they are very structured and result-oriented.

If you want to plunge further into misery, you can also do that dominant and lesser properties explore its type. A little warning, if you tend to obsessively research, you shouldn't plan anything the next day.

Having an emotional mess and being out of place? Check. To set aside feelings in order to understand something and get it done as effectively as possible? Check.

Just like typical xNxJs do, I could go around in circles for hours and look for answers again and again. That it no straight answer Seemed to give for me, left me no peace.

Now I see it differently. Because precisely because I am not one of the easy to classify, I know them Limits of the MBTI all the better. Which doesn’t mean that I’m not still brooding. I continue to watch every video on INTJs and INFJs just to make sure the answer isn't hidden somewhere.

I was also confused by the fact that I seem to be one of the rarest types. Not because it wouldn't be true, but because I was afraid of being seen as a trend chaser. However, if you carry out a test to the best of your knowledge and several times, you are allowed to Result also trust. And especially if he or she has been checking everything for hours afterwards to make sure that he or she really couldn't be another type ...

My ENFP- Roommate definitely leaves no doubt that I am INTJ and could become the figurehead of the personality type like the DFB team once did for Nutella.

Can you be more than one MBTI guy?

Of course, you can feel that you belong to more than one MBTI. As mentioned earlier, Myers-Briggs is not a definitive science - it can even be debated whether it is a science at all.

Hence, MBTI should be seen for what it is: An opportunity to get to know and classify yourself and your needs better.

It helped me a lot to find out that my constant search for connections is to be assigned to a category. Because it made me realize how much I insist on it. I was once told: "But you also have a theory for everything, don't you?"because I can never stop at the information given, but always make more of it.

At the same time, I'm seen as someone who analyzes things in a tough way and then presents the result - even if people don't want to hear it. I then like to refer to myself as common or simply as A-hole, but at least I am not alone with the need for clarity.

My lack of understanding of incompetence is also something that has been with me all my life. Just do something somehow and then see what happens? HOW SO? You can do it right right away and yes, it is problematic and inconsiderate not to do something right when it affects others negatively! Effectiveness is not a dirty word, folks ...

MBTI helps you to not feel quite so alone and to understand how different people can make things tick. When I wrote my post on ISFPs, it took a long time to research and it was difficult to find good examples. The same was true for the ISTPs, who are also a long way from me. I understand her better now.

Take the test, inform yourself and then let it go. Enjoy memes, don't analyze them to death. This post is downright ridiculously short compared to others, but guess how much time I've invested in it - right, way too much.

Because if something describes our personality, we of course take it very seriously. Some people see MBTI as an outright religion and relate absolutely everything only to their personality type or judge every person according to their type. That is not healthy.

The Myers-Briggs type indicator is a additional tool for those who are looking for themselves, however, it is not the answer. Standing between two guys is okay. Your personality is not perfectly summed up in four letters. And in true INTJ / INFJ fashion, I say: Thank God, but also kind of a shame, let's discuss it.

Jennifer is a freelance writer and with Wanderlust Introvert wants to educate about introversion and quiet people. She also writes for various magazines and private clients.
<?