When were the cows first domesticated?

From wild animal to farm animal

Cattle have characteristics that are and have been of great use to us humans. 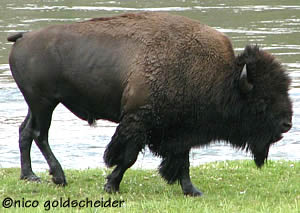 That is why our ancestors began to tame cattle and take them into their care 8000 to 9000 years ago. The wild cattle were actually aurochs. The aurochs or Ur (Bos primigenius) became a farm animal over the course of generations. The descendants are now called cows or cattle. The original form of the aurochs was exterminated, as was almost the American bison (picture left). Fortunately, there were Eurasian and Indian aurochs, which differ and accordingly today Eurasian and Indian domestic cattle. Our cows, the descendants of the Eurasian aurochs, are taurine cattle (Bos taurus). In other parts of the world, zebus (Bos indicus), the descendants of the Indian aurochs, dominate. In addition, there are Asian cattle species such as the Banteng, the Gaur and the Yak, of which there are still wild descendants and also domesticated domestic cattle.

The centuries-long process from wild animals to domestic animals, which also existed in horses, sheep, goats, dogs, pigs, chickens and many other farm animals, is called domestication. At the beginning of domestication, the wild animals were initially only captured and tamed and fed regularly. They were fenced in and protected from wild animals, especially at night. They reproduced in custody and changed their habits. So you had meat and leather, even if you didn't go hunting. On top of that, valuable milk was obtained for daily life. But people were also able to change thanks to the tamed cattle and no longer had to follow the herds. They settled down and no longer had to be hunters and gatherers. From then on people lived from cattle breeding and agriculture.

Breeding from aurochs to turbo cow

At an early age, humans began not only to keep pets, but also to adapt them to suit their needs. The most suitable animals should always reproduce further. At first they were the most docile. But they also looked for the cows that gave the most milk and gave birth to healthy calves. One only raised those bulls that had a particularly large amount of meat or that were particularly strong. The targeted selection of animals with desired characteristics for our use and the raising of their offspring is called breeding. The animals change their characteristics and their appearance very strongly. 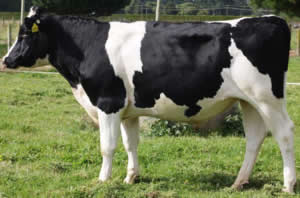 For example, the black aurochs of that time became piebald cows. The physique of the farm animals became less sporty or athletic (picture on the right, bull! Barely recognizable). The horns and the head were bred smaller and smaller, just like the rest of the bones. This objective in breeding still continues - unfortunately. The breeding goal of so-called modern agriculture in industrialized nations is a turbo cow that does not "waste" the feed that is fed to it on bones, brain or fur. In addition, 90 percent of all cows worldwide are dehorned. This is an amputation of blood-supplied, sensitive organs of the cow.

However, there are different cattle worldwide and, depending on the region and use, animal-friendly breeding. And there are farmers and initiatives that want to preserve old and original breeds or stop horning.