Qantara.de - Dialogue with the Islamic World

In the narrow and shady streets of the white medinas (Arabic: old town) of Morocco, in the hidden valleys and gorges of the rugged Rif Mountains, where, away from the hectic tourist crowds, colorful markets and folk festivals are held like 100 years ago and more, where hidden ruins, forgotten and rarely visited by strangers, reports of Mediterranean peoples - Phoenicians, Carthaginians, Romans or Arabs - who once came as conquerors, but were absorbed by the hardened mountain population or had to move on, where the legendary Rif-Kabyle leader Abd el-Krim el -Khatabi taught Spanish and French colonial troops to fear in a five-year guerrilla war in the first half of the 20th century; the spirit of the old, militant Al-Andalus lives on here. Because the mass of the displaced Andalusian refugees, around two million Muslims and Jews, expelled by the Catholic kings, found a home in northern Morocco. Many Moroccans know about their Andalusian - European - origins.

As early as 1430, the first refugees from Mortil, Baza, Ronda, Loja and Granada, led by a military leader named Abd ul-Hassan Sli al-Mandari, settled in Tétouan, where they agreed because of the similarity of the landscape, which reminded them strongly of Granada to rebuild their home. Jewish refugees from Al-Andalus then quartered next to the medina - today's Mellah (Jewish quarter) of Tétouan dates from that time.

In 1501 the main contingent of Andalusian emigrants from Granada finally arrived in Tétouan; previously, in 1471, displaced Andalusians had founded the city of Chefchaouen, about 50 kilometers southeast of Tétouan. Most of the Andalusian refugees stranded in North Africa - smaller groups moved on to Algeria and Tunisia - who had committed themselves to lucrative piracy in the 17th and 18th centuries, reconstructed the lost Al-Andalus in exile in northern Morocco.

Tetouan - perhaps the most beautiful city in Africa

They transplanted Andalusian craftsmanship, the beauty of colors and shapes as well as the Andalusian-Mediterranean charm of their lifestyle to Tétouan and surrounded the city with a mighty wall - to this day, the Andalusian old town of Tétouan with its seven gates is considered perhaps the most beautiful city in Africa, that already 961 by the Caliph of Córdoba the city rights were granted.

In the course of its 500-year history, Tétouan has been able to preserve its Moorish-Spanish character, and even more: in the heart of all northern Moroccans lives an Andalusian soul, which is not only found in the cobalt blue faiences, in the lavish ceramic tiles designed with artistic sophistication, especially in courtyards, mosques, public baths, tea rooms, parks, gardens, fountain surrounds and stately houses of Tétouan, but also in the Andalusian music, which is in all of North Africa, in addition to Algeria, Tunisia and Libya but especially in Morocco, up to the received today in all its beauty and oriental dynamism. 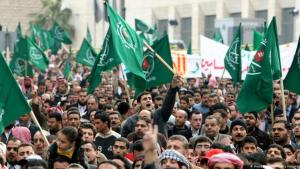 Politics and Religion in Islam

There is a fierce debate in the Islamic world as to whether the religious and political spheres form a unit in Islam. In order to answer this question, one must first ... More 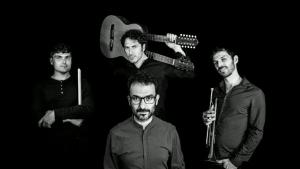 A fence turns into water

On their fourth CD "Irade" (willpower), Masaa broke away from the piano sound, but with their new guitarist they are still treading bridges between jazz improvisation ... more 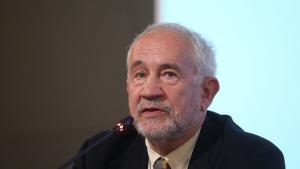 Ibn Arabi - a teacher of the paradox

James Morris, Professor of Islamic Theology at Boston University, explains in an interview with Claudia Mende why the writings of the philosopher and mystic Ibn Arabis up to ... more
<?