What is Lynn Margulis best known for?

Lynn Margulis, professor of biology, winner of numerous scientific awards and author of several books, is known for her willingness to critically question any knowledge and to get into the crossfire of criticism with her often unconventional theories. In her new book, she presents her most important scientific work on evolutionary research to date. In addition, she gives the reader an insight into her own life as a scientist, lets him participate in her personal successes and failures, so that this book has a very personal touch.

It's about the evolution of life, and from the author's point of view that essentially means the development of symbioses. According to Lynn Margulis, it is only through them that new species can arise. "We remain symbiotic beings on a symbiotic planet."

Symbioses are communities of organisms of different species that serve the mutual benefit. The first cells with a real cell nucleus emerged from a permanent symbiosis whose partners were bacteria, the decisive step in the evolution of today's life. All living things on earth that are made up of cells with a cell nucleus, including us humans, are descended from bacteria; This may not please everyone, but the evidence is clear. Which bacteria were involved, what did this symbiosis look like, what scenario happened then maybe 2 billion years ago? The author provides the answers to these questions with her "Serial Endosymbiotic Theory", (SET) in the second chapter.

The basic features of the SET are generally accepted today; However, the author's revised version is highly controversial. Did the small extensions on cells that are used for locomotion (for example, the flagella of male sperm cells) also result from a symbiosis of two different types of bacteria? Lynn Margulis takes this point of view with vehemence and tries to this day to provide the final proof. However, she frankly admits that she could fail.

Today it is known how life on our planet originated, but where the first cell came from is still one of the great secrets. In the fifth chapter, the author tells of impressive experiments that are similar to a criminal search for clues. In laboratory experiments, some amino acids, components of proteins, could be produced from a primordial soup, which consisted of nothing but water, ammonia and methane, while supplying energy. It has also been shown that RNA molecules are the first self-sustaining molecular forms. But how did such molecules get into a membrane-covered cell? What is certain is that no life could exist outside of a protective cell membrane.

Lynn Margulis has written an exciting book. It gives the impression that it is not coincidence, but certain regularities, especially the symbiogenesis postulated by it, that determine the life we ​​encounter today. This becomes particularly clear in the last chapter, in which she introduces the Gaia theory. Accordingly, the earth with all its forms of life is a self-regulating system, and no catastrophe, no matter how great, can permanently damage this system. Only the future will tell whether she can be right about this.

Not all chapters are equally impressive. Sometimes you can't help but get the impression that the author puts her personal ambitions too much in the foreground. So in the systematization of all living beings in the fourth chapter she represents her own theories one-sidedly and too dogmatically.

Despite all subjectivity, this book offers a wealth of information and introduces many well-known and lesser-known personalities from the natural sciences. This is one of the reasons why it not only reads like an overview of the current state of research, but also like a thoroughly successful review of more than a hundred years of evolutionary research. 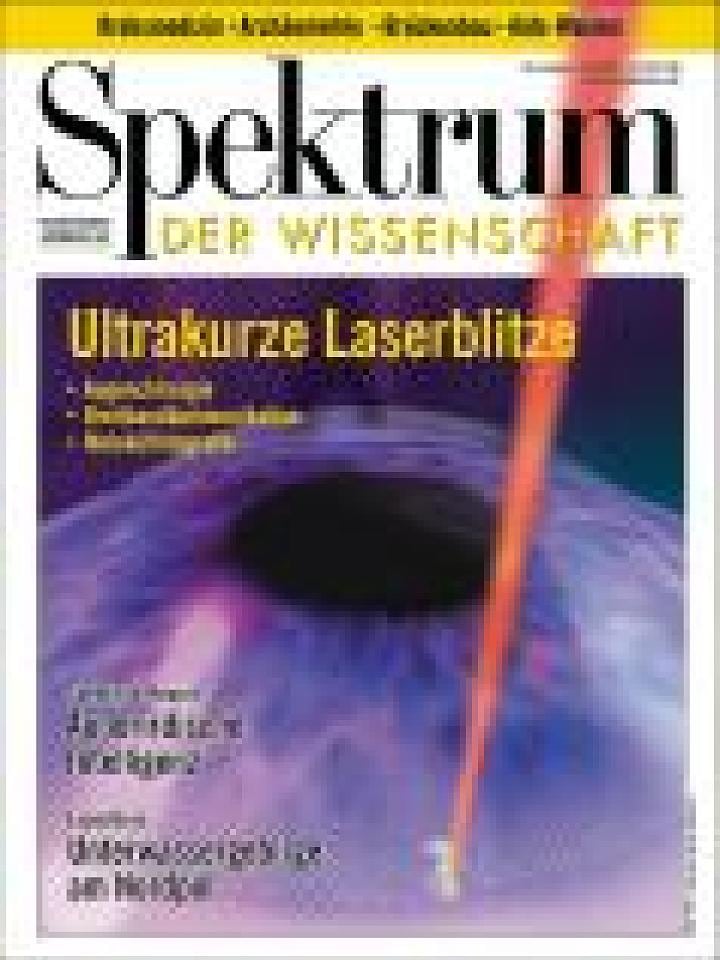 This article is included in Spectrum of Science 11/2000