Some bosses suggest that intelligence is not a mandatory requirement for a managerial position. Many employees can tell stories that cast doubt on manager IQ. The question that remains is how the person made it so far up the hierarchy. Ultimately, bosses have to make difficult decisions and think along for the entire department - there should not be a lack of intelligence. But when it comes to manager IQ, the following really applies: the smarter, the better? Researchers say: No! Accordingly, it should even damage management work if the boss is too smart. We show which manager IQ promises the best results in the job ... 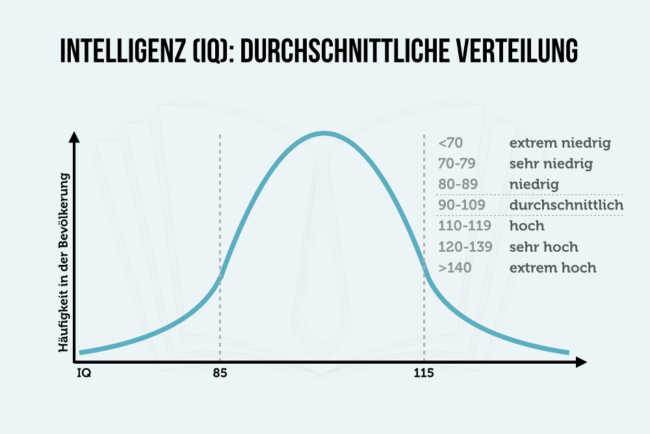 Manager IQ: bosses who are too smart?

Managers should be smart. It is really difficult to argue against this thesis. A research team led by Dean Keith Simonton at the University of California wanted to know more precisely: How smart does a boss have to be in the best case scenario? - Or to put it another way: What is the optimal manager IQ? The first result is still quite unspectacular: Anyone who gives the impression of being anything but smart is neither taken seriously nor considered competent - and thus has a difficult position in the team and cannot do justice to their position.

The really exciting findings: The optimal manager IQ depends on the IQ of the other employees. So bosses shouldn't be too intelligent! According to scientists, the best leadership work is promised when the IQ of a manager is around 1.2 times as high as the IQ of the employees in the team. With an average IQ of 100, managers should have an IQ of around 120. With a team of above-average intelligent employees, on the other hand, the demands on the boss's IQ also increase.

If, on the other hand, the boss is significantly smarter than his employees, the management work does not get better, as might be expected, but rather decreases. The researchers cite several reasons for this connection between manager IQ and the intelligence of the team:

But manager IQ is not everything ...

The optimal manager IQ should be considered as a factor and can have some advantages for work in the company and the management of employees in particular. It would be a mistake, however, to just concentrate on that and neglect everything else.

Otherwise, the selection of a suitable manager could only be carried out on the basis of an IQ test. However, successful leadership needs much more than just the right manager IQ. For example, Google carried out a study over several years to find out what managers and supervisors really need. The result is a list with the eight basic properties that are particularly important for bosses:

Nils Warkentin studied business administration at the Justus Liebig University in Giessen. In the career bible, he is devoted to topics related to studies, career entry and everyday office life.

Continue to the home page
<?