Gravitation is a real eccentric. Because it just doesn't want to fit into the neatly ordered standard model of particle physics. It seems clear: gravity is definitely one of the fundamental forces in the universe. If gravity did not exist, there would be neither stars nor planets in space and our everyday experiences would be quite different. 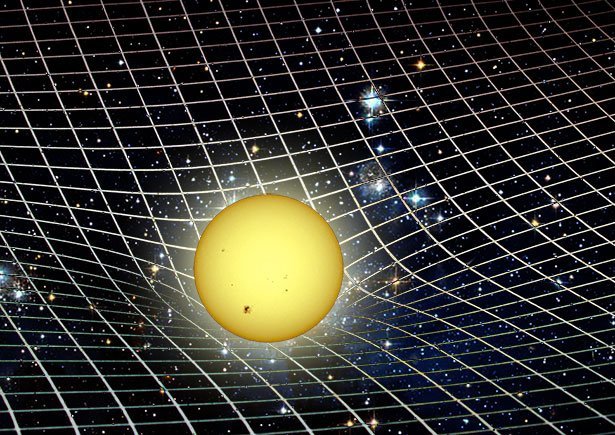 Gravitation manifests itself in a curvature of space-time. © scinexx

Extremely weak and yet earth-shattering

Only gravity ensures that objects with a mass attract each other - the larger the mass, the stronger the force of attraction. But this also means that the gravitational force only has a very weak effect on the level of everyday objects. Theoretically, our body exerts a force of attraction on all surrounding objects. However, we do not feel any of this. And even the gravity of the earth can be easily overcome with a little muscle power: If a book falls on the floor, we can easily pick it up again.

In the case of very small masses, such as at the level of elementary particles, gravity even has such a weak effect that it is negligible. That is why gravity does not appear in particle physicists' calculations and models - at least so far.

Where is the carrier particle?

The really big problem, however, is gravity when it comes to its carrier particles. In purely theoretical terms, it should - like all other basic forces - be conveyed through a calibration boson. But how such a graviton could be made and whether it really exists is one of the great puzzles of modern physics. 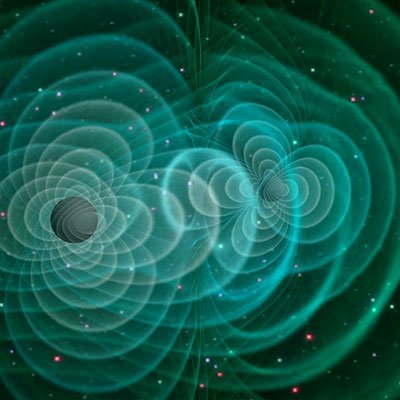 One of the reasons for this is the unusual way in which gravity works. Albert Einstein described in his general theory of relativity that gravity is inextricably linked with the geometry of space-time - and thus with the basic matrix of our universe. The attraction between two masses is therefore noticeable in a curvature of space-time. If there are abrupt changes, for example when two black holes merge, these triggers wave-like vibrations in space-time - gravitational waves.

The problem of quantization

So far, so well known. But where in this process is there room for the graviton? In purely theoretical terms, it could be similar to electromagnetism: In principle, the photons are nothing other than the quantized, smallest energy units of the electromagnetic waves - an elegant, mathematically describable derivation.

But gravity is not a normal wave, it is the geometry of spacetime. If you want to quantize it, you would have to divide space-time itself into discrete basic units. In fact, there are physicists who assume that space-time also consists of quanta. According to the loop quantum gravitation, it is made up of a spin network of connected nodes - so-called loops or "loops". However, it is unclear where the graviton is hidden in these units. 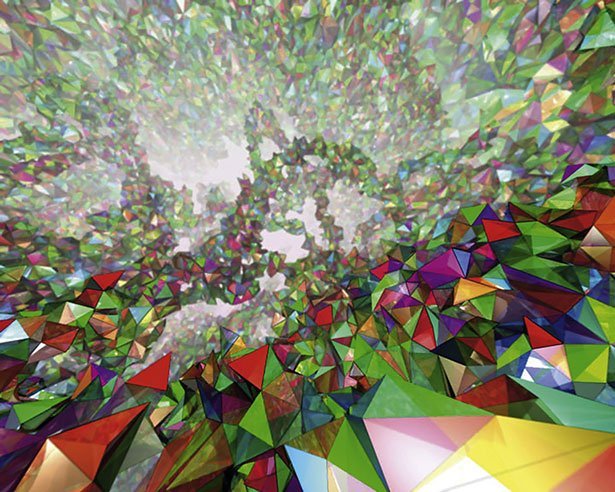 The loop quantum gravity postulates a quantization of space-time in the form of a network on nodes and loops. © MPI for Gravitational Physics

A detector for the graviton

Could the graviton simply be proven experimentally? Unfortunately, the chances of this are rather bad, some physicists even consider it simply impossible. One of the reasons: At the level of the smallest particles, gravitation is 10 to the power of 36 times weaker than electromagnetism, so the graviton must also be correspondingly low in energy. A detector that can sense this would therefore have to be far more sensitive than anything that previously seemed technically feasible.

In addition, the gravitons are rather few and far between: a few years ago, the physicist Freeman Dyson calculated that the sun emits around 10 to the 24th gravitons per second - that's 1,000 trillion. That sounds like a lot at first. But only a fraction of it reaches the earth. If the entire earth were converted into a detector, it would have registered just four gravitons during the entire life of the sun.

Dyson therefore comes to the conclusion: Gravitons could indeed be something that can in principle be detected. The probability that this will succeed at some point, however, is negligible. However, this does not prevent physicists from continuing to search for possible ways to at least indirectly prove the existence of this particle.