What virtual worlds are there

We use cookies to improve your user experience. However, we need your permission for certain offers. You can revoke this at any time afterwards in our data protection declaration. 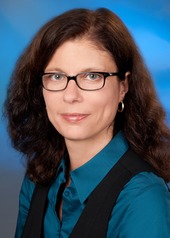 © stock.adobe.com/AntonioDiaz
We commonly use the term “virtual” as the opposite of “real”. With a real environment we mean the world that surrounds us in everyday life and that exists as naturally as the people and objects in it. Here it becomes clear how difficult it is to clearly and unambiguously differentiate these two worlds, because that is hardly possible today. Real and virtual worlds are becoming more and more intertwined and merging with one another. These virtual worlds have manifest effects on the individual and on the society in which we live. A further complication is that, despite the fluid boundaries, adults are still much better at separating the virtual and the real and are able to identify the differences than children. For example, they hardly differentiate between analog friendships and digital acquaintances in the virtual world.

The term "Virtual Reality" (VR) was coined by Jaron Larnier in the late 1980s. What is meant are computer-generated worlds of experience with interactive interfaces between humans and computers. Specifically, these are alternative, virtual worlds that are generated from computer-generated images and react to human actions, for example movements. Virtual worlds are created artificially, but to most users they appear extremely real and very real. And they are becoming increasingly realistic. There are several ways to immerse yourself in and control these simulated environments. They range from the keyboard on the computer display to equipment with an elaborate data suit, stereophonic video glasses and fiberglass data gloves. The fascination of virtual worlds lies in the fact that they can be changed by manipulating the user. The definition criteria of VR include both interactivity and the fact that the user perceives the environment as spatial and thus as "realistic".

Virtual worlds, VR and cyberspace - a definition of terms

The term “cyberspace” is often used synonymously for VR and virtual worlds. It is a word creation by the science fiction author William Gibson in his novel Neuromancer. It thus characterizes a virtual global data network with which the central nervous system of people can connect directly. It works a lot like the internet. Just like this, it is therefore not just an interface to technology, but a lifestyle, a virtual world that defines an entire culture. Gibson's novel was therefore quite visionary - it anticipated many developments that actually resulted from the technical possibilities in one way or another. The term “computer simulation” is also one of the common terms used when actually referring to virtual worlds.

Virtual worlds - which ones are there?

As is already clear from the various systems, VR applications have a number of advantages for entering virtual worlds: They facilitate and enrich life, for example by making complex processes clear and easy. This can be useful in the context of learning environments, but also in many other areas: In industry today, the costs of developing and manufacturing many products can be reduced by initially simulating production in a virtual world and using computer-generated models of certain objects in advance arise. Flight simulators are used in military and civil aviation for training purposes and medical interventions can also be tested and simulated in virtual worlds. Nevertheless, the disadvantages are also serious. We are currently witnessing people all over the world being misled by fake news on a regular basis. But even those technologies that make it possible to immerse yourself in virtual worlds are so far unmatched in terms of their media possibilities: Several senses are addressed at the same time, such as seeing, hearing and feeling. This can make targeted manipulation even more dangerous. Today it is difficult for us to imagine what effects this will have on us as a society. However, the considerable risks of virtual worlds such as the potential for addiction are undisputed today.

Well-dosed, the flight into virtual worlds can help to reduce tensions that arise in everyday life and to forget worries. More and more often, however, the tendency towards escapism is already leading to addiction in young people. At first glance, the virtual world has certain advantages over the real world: It can be steered, controlled and manipulated. So it's no wonder she has a strong pull, especially for those who feel weak in real life. They define their person through their experience in the virtual world, which increasingly determines their self-image. They experience this fiction as real and find it increasingly difficult to find their way around the natural environment. The need to experience oneself as strong and invulnerable becomes a dependency, the pull of the simulated, virtual world grows bigger and bigger. The real world is increasingly perceived as unattractive. This leads to the neglect of real social contacts, but also of everyday things such as eating, working, etc.

The engineer Raimund Glitz called virtual worlds a wish-fulfillment machine as early as 1994. It can simulate stimuli that are very rare or even unique in the real world as often as desired. That tends to make them a very special kind of addictive substance. And there are other risks that have hardly been researched or discussed at all today: As with any digital technology, we must assume that in the not too distant future everyone will be virtual without much technical know-how Can create worlds yourself. In this way, extremely realistic-looking pseudo-realities can spread completely uncontrollably. Nobody can then understand who is visiting these rooms, how the users interact with the virtual world they find there and which learning processes they bring with them into the real world. We should also be prepared for Google, Facebook & Co. to use virtual worlds to analyze movement patterns in virtual space. We have to deal with this today and urgently redefine our points of view so that we are not once again overtaken by the consequences of a new technology and lag far behind with the necessary regulatory measures.

Birgit Lohmann, Philipp Ladwig: Reflection on the meaning of virtual worlds for people

Digital childhood. Lost in the virtual