LaTeX What is shared

Entering mathematics as a LaTeX script in class

With LaTeX, blind and sighted pupils can write math, chemistry and physics from the 5th grade up to the degree.

LaTeX is a line-based input from simple expressions to complex formulas that can be learned quickly.

A future-proof form of notation used worldwide - and not an isolated solution for the blind.

Crash course: Ready for lessons in 30 minutes (here as an example on the Apple Mac in Pages)

(You should put as many commands as possible on the keyboard as shortcuts. You can do this in the VoiceOver utility under> Braille> Display)

In the same window you can see the result below - and have it read out with VO to check !! It will look like that:

Finished! That was pretty good! Now on "Insert“ click and it's on the worksheet.

This is how the student proceeds:

If you want to write several equations (only if there is an = in each one) in an input window. For example: 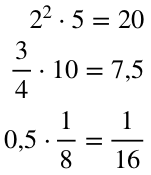 You only need the first and last lines if you want to write several equations in one window:

The double backslash \ stands for new line in multiline equations

Preparation of a math worksheet by the teacher

In order for the student to find the right task again, each task must have a heading. The headings should be created by the teacher. The student can then insert and find his equation under the heading!

Learn the most important types of arithmetic here

If you need symbols that are not available on the keyboard or formulas that are not so easy to write, you can use special commands. Thesis start with a backslash (i.e. \). For example, \ le is the command which generated.

One of the most common mistakes when editing math expressions is the at the end.

Remember that commands start with a backslash (\) and add a space after the commands as long as they are not followed by a new command.

Another common mistake is to use an asterisk (*) instead of the correct symbol for multiplication (\ cdot in TeX).

For superscripts like potencies, one uses ^. For subscripts _. If the symbol to be superscripted or subscripted consists of more than one character, it must be in brackets {}.

If an exponent or index contains a fraction, it should be written in one level for better readability, i.e.

Everything you need to know (documentation and dictionary):

The most important basics in English:

Examples to be amazed (for later) 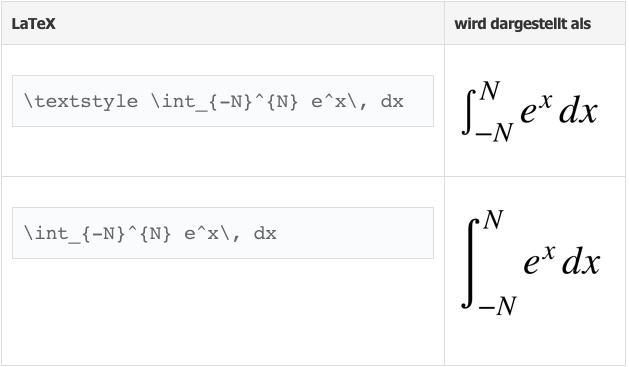