Which is the upcoming Redmi Mi smartphone

Xiaomi brings MIUI 12 to Redmi Note 8 and other phones 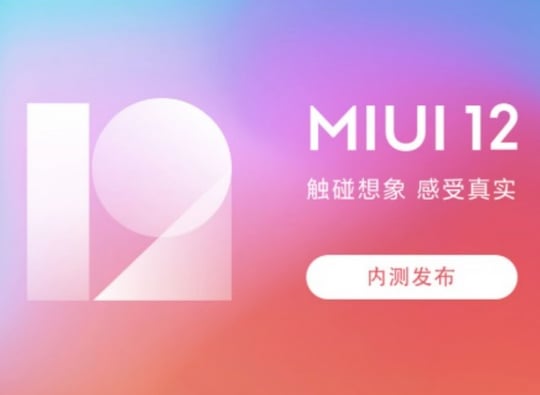 MIUI 12 is coming to other smartphones
XiaomiXiaomi is working hard to equip numerous of its smartphones with Android 11, now the manufacturer has announced nine more copies for a planned update. Among other things, the Redmi Note 8, Redmi Note 8 Pro and Mi 9 Lite mobile phones, which are also available in this country, are considered with MIUI 12, which is based on Google's latest mobile operating system. As with the previously considered Xiaomi smartphones, participation in the open beta test takes place first. The group has currently paused the test phase, as soon as it continues, the updates are to be rolled out.

MIUI 12 is coming to other smartphones
Xiaomi

The Chinese manufacturer is doing a good job in terms of smartphone updates as the new third place in the global smartphone market. It is the only company that grants new builds weekly for users who want to try out functions and report bugs before the final rollout. In April 2020, Xiaomi announced MIUI 12 based on Android 11. Since then, numerous models in the entry-level, middle and upper-class classes have been upgraded. The premium phones Mi 10 Pro and Poco F2 Pro recently received an update. The next wave belongs to nine 2019 mobile devices. 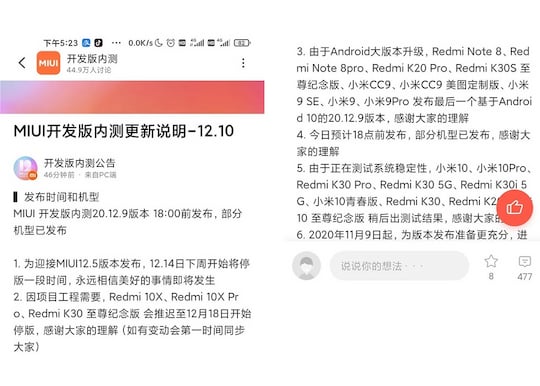 The new devices for MIUI 12
XiaomiIT Home (via GizmoChina) draws attention to an announcement by Xiaomi, which confirms more smartphones for an Android 11 update. These are the Redmi Note 8, Redmi Note 8 Pro and Mi 9 Lite products, which are also sold in Germany, as well as the Mi 9T Pro, Redmi K30S Ultra, Mi CC9 Meitu Edition, Mi 9 SE, Mi 9 and Mi 9 Pro phones.

Xiaomi is already working on a new user interface that comes with various comfort features and is still based on Android 11. The manufacturer recently announced that the developer studio would be focusing on this platform, called MIUI 12.5, and therefore pausing the weekly beta versions of MIUI 12. MIUI 12.5 will be installed directly on the upcoming high-end smartphone Xiaomi MI 11, among other things. Due to the shifted focus of the developers, it is not yet known when the aforementioned phones will receive their update to MIUI 12.