What is actually typically Spanish? In search of the only true truth, you will find out all the common prejudices and clichés that characterize a typical Spaniard. 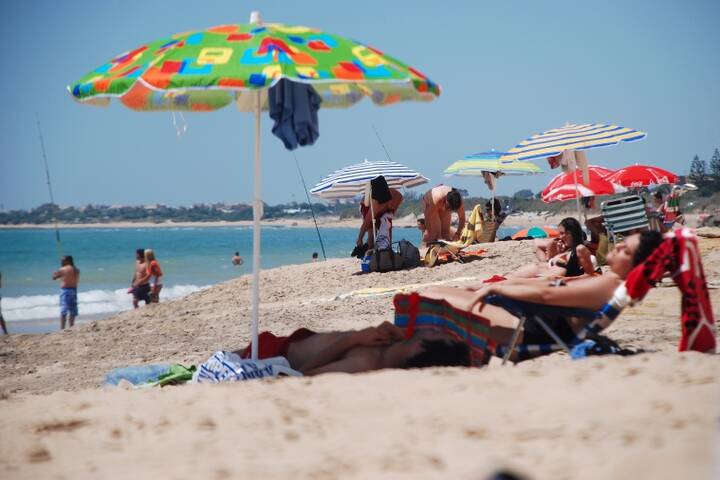 Spain is the Germans' favorite holiday destination - consequently, millions of Germans know the typical Spaniards at least as well as they know their own typical country people like Günther Jauch or Veronica Ferres. Have you already gained in-depth experience on your one-week holiday in Mallorca or Benidorm? Then you are welcome to take part in building well-functioning thought traps and clichés about Spain.

Here you will find further evidence of the veracity of almost all prejudices that circulate about the country. As numerous as the grains of sand on the Spanish coasts, which are all lined with dream beaches. And since there would be no prejudice otherwise, they naturally affect all Spaniards - regardless of whether they are Galicians or Andalusians, live in Madrid, Barcelona, ​​Ibiza or Lanzarote.

Of course, the nation of siestas and fiestas has striking peculiarities. For example, the typical Spanish way of life: The relaxed relationship to sleep, idleness and being unpunctual can easily be explained by the Mediterranean climate. If mercilessly yells "el sol" from the sky at lunchtime, the Spaniard closes the bulkheads and lies down. Since he is also a passionate late riser, Spanish shops are almost always closed (cerrado).

After work, it is well known that Spaniards have to eat - long and generous. This is why even very young Spaniards rarely go to bed before midnight. The ritual of dinner ensures the basic needs of the Spaniard. Otherwise he eats next to nothing, maybe a croissant in the morning, he prefers a local cigarette to go with the café solo. The Spanish nicotine addiction is in the hands of Fortuna.

At lunchtime, the Spaniards snack on some tapas that tourists have spurned. In the evening they eat large amounts of bread, olives, aioli, Serrrano ham, meat, vegetables, patatas fritas, paella, tortilla, cheese, lots of ice cream or almond cake or almond cake with ice cream. All of this is washed down with liters of vino tinto or Spanish beer. Although the Spaniards cannot brew beer at all, they sell a drink in bottles called "cerveza". And that's the Spanish word for beer.

The proud and racy Spaniards fall under the category of hot-blooded southerners. Especially the men, who are all vain, loud and completely football-crazy machos without exception. Even the adored soccer coaches and tennis stars are macho. No tourist is safe from trying to flirt - and of course not even a Spaniard.

When the typical Spanish Chauvi is not watching football in his favorite bar, he goes to a bullfight or a motorcycle race. Bullfights are not cruelty to animals; the Spaniard categorically rejects such prejudices. Rather, he defends the bloody ritual in the arena with tradition and emphasizes that the bull has had a really good time so far: three years of exercise, top-quality food, no stress. He dies a quick death at the fiesta. Olé!

Señora, your child is annoying!

The beautiful Spanish Señoras are all passionate lovers and have hair down to their buttocks. An inexplicable phenomenon causes many of these glowy-eyed women to go blonde. At least 50 percent of Spanish women are born with yellow hair these days. They dance flamenco almost non-stop when they are not taking a siesta, watching telenovela or having their castanets in need of repairs.

Spanish ladies always have a fan with them, wearing ruffled skirts and dancing shoes. In principle, they do not raise their children at all. There is a collective agreement in Spain: the youngsters can make as much noise and nonsense as they like. Until puberty: that's the end of fun. Because one of the undisputed peculiarities of the Spaniards is that they are, without exception, totally prudish. That is why the machos continue to make the announcements between the Pyrenees and Sierra Nevada.

What connects the genders and the generations in Spain most intimately are not the family ties or their funny national anthem without a text. Even the much-loved word "mañana" (tomorrow) doesn't create half as much harmony among Spanish people as its unique acoustic feature: the volume. Young and old, big and small are constantly yelling at each other and call the screaming lively entertainment. Introverted tourists are often scared to death at how quickly and noisily the Spanish speak, even on television. Even in upscale restaurants it's noisy like a market hall - incidentally, a place where Spaniards love to hang out to shop for their opulent dinners.

So, Spaniards keep asking how you are. They also ask each other continuously. A question that, by the way, will never be answered. And it is typically Spanish to greet complete strangers with a "beso". And, of course, to say goodbye too.

You know all the clichés now, do you think? Far from it: the Spaniards don't heat their apartments, sleep without pillows and don't know any bathtubs. They stood in line everywhere with an angelic patience and never complain. Even though they have slept so badly, they like to steal German tourists, especially in Barcelona and on the Costa Blanca. In addition, traffic lights in Picasso's native land are only art in public space. When it is red, the Spaniard drives or walks off as if there was a sale. It takes place anytime and anywhere, even though the shops are never open.

In this sense: ¡Que viva España!

Current vouchers and discounts for your Andalusia vacation: