How are waves and vibrations connected?

Wave phenomena are more common than we imagine. They are present when we talk to each other, when we see the objects and people around us, and when we turn on the radio to hear a song.

The main object of the study of the wave are the waves. Through them, energy can be transmitted over long distances and at high speed. The energy of sunlight is an example of this. Let's talk a little bit about the main fundamentals regarding the propagation and nature of waves. 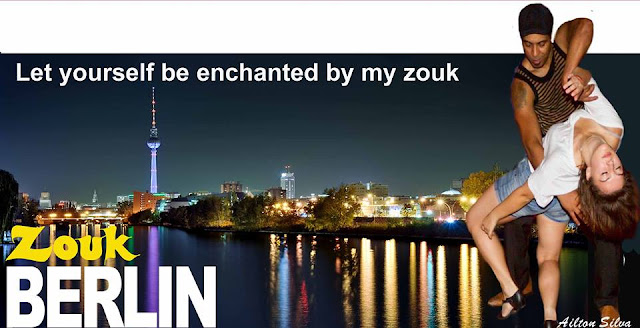 Definition of the shaft and its property

To understand the definition of the wave and its properties, consider a very simple experiment: imagine an extended rope. There is a single up and down movement at one end.

Also look at a point later on the same side where an X is marked. At a later point in time than the vibration at the end of the page, this point X also vibrates, as shown in the following figure: 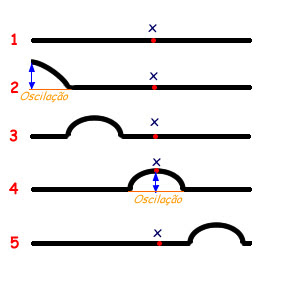 When the wave passes the point X, it oscillates in the transverse direction, and after passing the wave, it is in the same place as before. Such a situation is not unique to the above example.

Think of the leaf of a tree floating on a lake. When we create some vibrations in the water, the waves created pass through the leaf, causing it to vibrate without removing it from the place.

In summary, we can conclude from this that a wave is a disturbance that propagates in a physical medium and transports energy, but without matter.


The nature of the waves


In nature we observe how the waves manifest themselves in different ways, but they all have something in common: they carry energy without carrying matter. One such difference is the nature of the waves. We know that sound is a wave that does not propagate in a vacuum, while light, which also has a wave characteristic, can propagate in a vacuum and in other media. This different behavior of these two waves shows us that they have different natures.

In order to be able to spread, the sound needs a material medium. For us this medium is air. Such behavior is not exclusive of sound. The waves in water need water, just like the waves in the air need air.

Waves that require a material to propagate are classified as mechanical waves. As already mentioned, light does not require the propagation of a material medium because it spreads in a vacuum. Such a property is not an exclusivity of this wave. X-rays, infrared radiation, radio and television signals and others also behave in the same way. Waves that can propagate in a vacuum are classified as electromagnetic waves.

Another difference that can occur between the waves is the way they vibrate. Depending on the propagation medium or wave source, the waves can spread across, lengthways or mixed. a) Transverse waves A transverse wave occurs when the wave oscillation is perpendicular to its propagation. 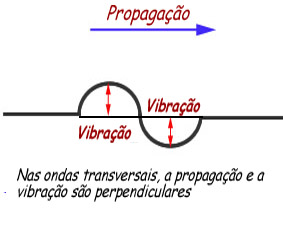 For example, if we have a transverse wave propagating horizontally on one side, the vibrations it passes through are vertical, so the vibration and propagation form an angle of ninety degrees to each other.

As examples of waves vibrating in this way, we can name the electromagnetic waves like light. 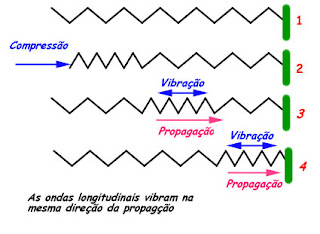 Longitudinal waves are those in which vibration and propagation occur in the same direction. Let's take an air pump as an example.

If we cause compression at one of its ends, this will cause an impulse, the oscillation of which is in the same direction as its propagation.

The most famous example of waves vibrating in this way are sound waves.

As we have seen, waves can vibrate in a transverse or longitudinal direction, but there are waves in which these two types of vibration can occur simultaneously. Waves that are responsible for this type of vibration are called mixed waves.

The best-known examples of this type are those that spread on the surface of a liquid. An object that floats on water and is exposed to some waves will vibrate lengthways and lengthways at the same time.

The mathematical study of waves

The mathematical study of waves consists of the identification and calculation of some physical quantities.

It is important to identify the amplitude and wavelength of these variables and also to be able to determine the speed of propagation. 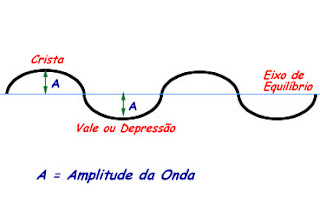 The wave amplitude of a wave is the maximum distance between the point of vibration of the wave and its axis of equilibrium. See the following figure: 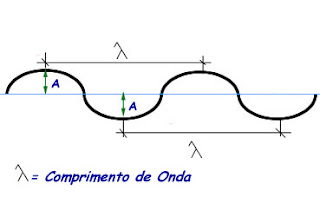 The wavelength is the distance it travels over a period of time. The period of a wave is the time interval it takes for an oscillation to complete.

The waves propagate at a speed that can be determined by knowing the wavelength and its oscillation period or frequency. When the wave propagates in a homogeneous and non-energy-absorbing medium, its speed and amplitude are constant. This means that the shaft makes a uniform movement.

If the wave is moving uniformly, we can determine its speed using the mean speed equation. If we consider the scalar displacement of the wave as its length and the time in which it has traversed the same length as the period of oscillation, one arrives at an equation which determines the propagation speed of the wave. The procedure is described in the following table: 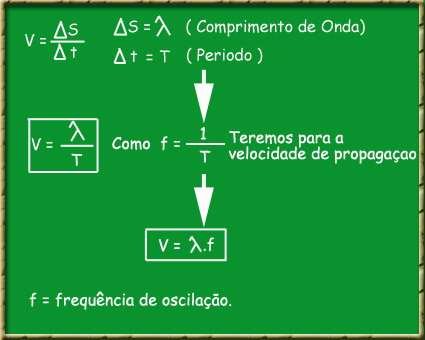 
The brain waves are the sum of the electrical activities of the cerebral cortex, which can be measured using electrodes on the scalp. Each of the innumerable electro-chemical discharges of our nerve cells normally generates a tiny electromagnetic field (the brain waves) with a frequency between one and 40 oscillations per second (in exceptional cases also up to 100 Hz and higher).

The totality of these signals results in the so-called brain waves, which are divided into delta waves, theta waves, alpha waves and beta waves depending on the vibration spectrum. With the help of the different brain waves, sleep or meditation can be fragmented into different phases and sleep profiles can be derived from them. 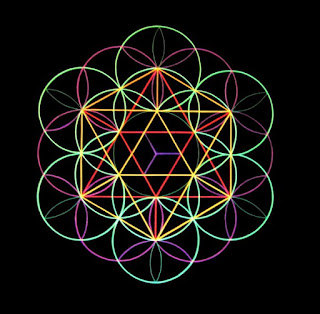 The delta waves (1 - 3 Hz) occur mainly in deep sleep or during Zouk Flow and are rarely experienced when awake. They are accompanied by dreamless sleep as well as various types of trance and non-physical states. The delta waves are of great importance for all healing processes and for the functionality of the immune system, as healing growth hormones are often released in the delta wave state. Interesting recent EEG measurements have shown that healers often have a high proportion of delta waves during their sessions. 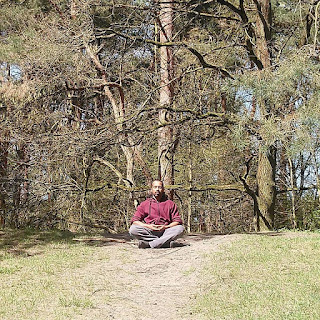 The theta waves (4 - 7 Hz) usually arise during sleep, during certain trance states or deep meditation. The formations of the subconscious are now active. This state is characterized by vivid imagination, increased learning and memory skills, fantasy images, inspirations and even dream sequences in which the thinking functions do not intervene. If the body is in the theta wave state, free association and creative thinking are favored - if one does not fall asleep.

Theta waves also occur more frequently in certain mental dysfunctions, but this should not worry you further: In children up to the age of ten or twelve, a high proportion of theta waves is measured continuously. 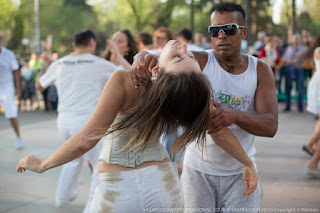 Alpha waves (8-12 Hz) appear in relaxed states, with eyes closed, in the stage between sleeping and waking. Characteristic for alpha waves are a pleasant relaxation, calm, flowing thinking, a confident basic mood and a feeling of integration of body and mind. A neutral state that is often used in autogenic training or other mental techniques. 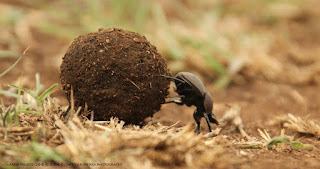 Beta waves (13 - over 100 Hz) are measured when a person is awake, tense or even alert. The "normal" frequency spectrum is between 13 and 30 Hz, a high proportion of beta waves usually correlates with an increased emission of stress hormones. The focus is on outward-looking awareness, processing of sensory stimuli, and testing thinking. A certain proximity to feelings of restlessness, worries and sudden fear is often observed. Neurologically, the beta waves are divided into even finer areas, e.g. SMR beta (12 - 15 Hz): relaxed attention to the outside, mid beta (15 - 18 Hz) for actively directed attention to the outside, high beta (18 - 35 Hz) also for dominant fear, stress, and finally gamma ( 35 Hz to 100 Hz) for physical and mental peak performance. 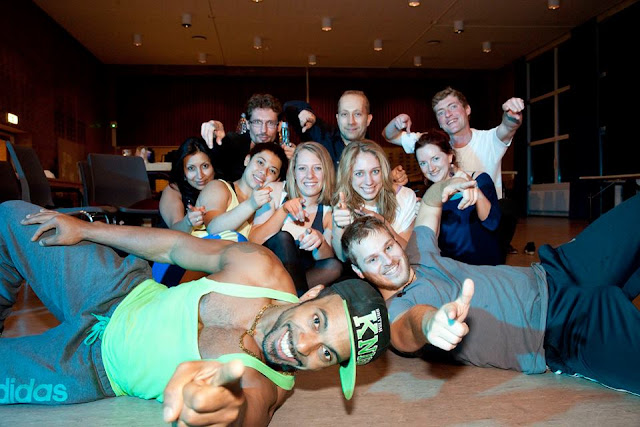