Does angel investing work in Brazil?

Investor Kai Schoppen: "I think the potential is huge" 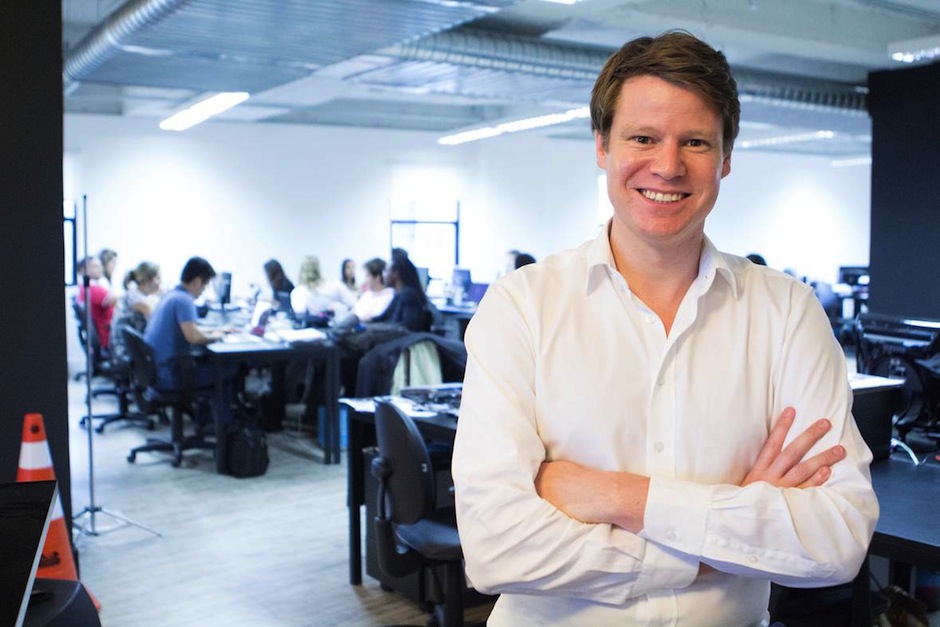 Kai Schoppen: "Payment, mobile or education are all the rage"

The economy in the World Cup country Brazil is weakening - but startups are developing into real bearers of hope there. That also makes them interesting for investors. One who has been investing in Brazilian startups for years is Kai Schoppen, a former BCG consultant and, from 2008, COO at the Brands4Friends shopping club.

In 2010 Oliver Jung and Klaus Hommels brought him to Brazil, where he first became COO and then CEO of BrandsClub, which is now the largest shopping club in the country. After exiting from the South African media group Naspers, Schoppen stayed in Brazil and invested in several startups and helped startups. In the interview, Schoppen explains why he still believes in the potential of Brazil, which industries are particularly popular and why you shouldn't invest in startups that are only managed by foreigners.

Why do you invest your money in Brazil of all places?

Brazil is already one of the largest economies in the world, but so far only 25 percent of its 200 million inhabitants have shopped online. In addition, the social media statistics show that Brazil is a very online savvy country. So I think the potential is huge.

Aside from the size of the country, are Brazilians innovative too?

In Brazil it is similar to in Germany: 80 percent of the start-ups are copycats of companies from the USA or Europe. Since most of these foreign internet business models did not exist in Brazil until a few years ago, it was not absolutely necessary to reinvent the wheel. When I arrived here four years ago, there wasn't even a big online fashion player like Zalando or Otto.

You are involved in several Brazilian startups. Do you need patience as an investor? After all, the economy is no longer growing as fast as was long prophesied.

The Internet founders hardly notice that the economy is growing more slowly here - the market for e-commerce, for example, is growing by 15 to 20 percent per year, and in the fashion sector by as much as 20 to 25 percent. Nevertheless, the market in the USA - due to the infrastructure and purchasing power - is much more developed and around twenty times as large. That's why I always say as a rule of thumb: Take a startup that works in the USA and that is there right now hot is; Divide its sales by twenty - then you have the sales potential that the company can achieve in Brazil. Then you can decide if you still find the model sexy.

What trends are there in Brazil in the digital economy?

The market trends are now quite global, which is why what is popular in the USA is also popular in Brazil. E-commerce, for example, is currently less popular with investors and start-ups, despite its great potential. For this, startups from the areas of payment, mobile or education are popular.

Similar to Germany. Are there still big differences between the startup scene in Brazil and Germany?

In the last two to three years, a lot of people from Silicon Valley and Europe have come to Brazil because Brazil offered many opportunities and there are also beautiful beaches here. Rocket Internet has also contributed to the fact that there is almost a second startup scene in Brazil, in which the majority of non-Brazilians work. These founders then pull their companies up very quickly. Often you have even worked for a company with a similar business model abroad - back to the future so to speak. Such a scene, which consists mostly of foreigners, does not exist in Germany.

You are partly talking about the past. Is Brazil no longer so popular with founders and investors?

A few years ago, Brazil was considered the country with guaranteed growth and success. Many thought they could easily make a lot of money here. But through some critical media reports about the country, people abroad have understood that it is not that easy after all. As a result, fewer founders are coming to Brazil than there are opportunities. I think this trend is normal in a hyped country like Brazil and will settle at a healthy level in the medium term.

So would you still advise foreign founders and investors to set up or invest in Brazil?

In any case, Brazil still has huge potential and offers many opportunities. The situation is like this, however: As in many markets, many very obvious opportunities are gone. Bringing the internationally known business models to Brazil in a hurry usually doesn't make that much sense anymore. But there are still many niches in which one can invest. In addition, it is advisable not to invest in pure foreign start-up teams. Doing business in Brazil is much more complicated than in Germany, among other things because the laws are constantly changing and the bureaucracy is very tedious. In addition, as in many countries, your own network plays a decisive role. I was fortunate to know some Brazilian business angels who taught me how Brazil really works in my freshman year. To put it simply: when you arrive here, you have the feeling of being in Portugal or Spain. But the business reality is more towards Russia, India or China.

Thanks for the interview, Kai.