What makes America incompatible with Canada?

Transatlantic Alliance
On the way to the top of artificial intelligence: Germany and Canada are pushing for ethical AI

As artificial intelligence technologies increase, Germany and Canada are trying to develop their own research in the field and promote ethical standards through international collaboration and cooperation.

When Germany pledged three billion euros between 2018 and 2025 for the fight for the top spot in the world rankings for artificial intelligence with a focus on ethics, the world hardly blinked. This would secure Germany a place at the top, displacing China and the US, who have each invested billions of their own currencies to gain supreme control over AI, for better or for worse. The importance of ethical standards for AI is also a question of culture. For example, German politicians place more value on privacy and data protection than is the case in North America. Canadians use WiFi in cafes, ignoring the fact that the connection may not be secure and their data may be at risk. Where the Germans are more reluctant to be exposed to algorithms that could affect their data and privacy, their American colleagues are a little more trusting and therefore possibly more susceptible to a lawless AI ecosystem. As a precaution, Canada and Germany are weaving ethics into their public services, trying to create ethical standards for AI and prevent a scenario in which AI is incompatible with humanity.

Compared to their colleagues, Germany and Canada have some catching up to do when it comes to developing AI technology. In order to remedy this, the Federal Minister of Transport and Digital Infrastructure presented a report by the ethics commission for automated driving in 2017 as a first step with the words: "In the age of the digital revolution and self-learning systems, the interactions between humans and machines raise ethical questions ... [The ethics committee developed the world's first guidelines for automated driving. We will now implement this and in this way remain at the forefront of Mobility 4.0 worldwide. " 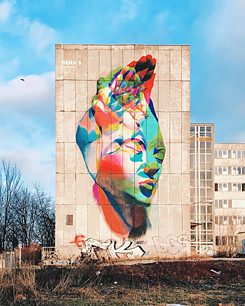 © Pavel Nekoranec
The ethics committee played a key role in the development of a global ethics standard. In addition, in 2012, with the establishment of the German Canadian Concourse (GCC), Germany formed a coalition for the development of ethical AI. Their mission to "build synapses of transatlantic AI cooperation" affirmed Germany's intention to work with other countries, particularly Canada, to create and maintain the power to advance ethical AI. What distinguishes German-Canadian cooperation from China and the US is that neither China nor the US have expressed their intention to create ethics for AI.

This year's GCC focus looks at the "AI landscape in Germany and Canada" and lays the foundation for the "Certification of AI: Standards for cooperation in intelligent mobility." The creation of norms and certifications for a safer ecosystem in the development of autonomous vehicles automatically raises a number of ethical questions with regard to cybersecurity, which become "enablers for the economic exploitation of the AI ​​solution and transatlantic cooperation". In February 2019, the GCC hosted a symposium in Montreal attended by industry leaders, researchers and legal teams, with a second part scheduled for November 2019 in Berlin. Canada mandates its federal and local governments to network with universities and industrial partners. CIFAR has established an AI Future Policy in key centers across the country. With its Montreal AI Ethics Institute (MAIEI), Montreal is an ethics and AI powerhouse, recruiting individuals from around the world for a year-long program on the impact of artificial intelligence on society. Both Canada and Germany recognize the benefits of international cooperation.

What makes Germany interested in Canada's AI? Perhaps it's proximity to the US, along with Canada's efforts to become a global destination for AI and innovation, given Canada's policy options look beyond the economic benefits of AI, citing Canada's initiative, "the social cost." and identify benefits associated with the development of AI "." Ultimately, AI should promote the well-being of all sentient creatures, "adds the Université de Montréal's Montreal Declaration on Responsible AI. After their humble transatlantic beginnings, Germany and Canada's interest in AI and ethics is now gaining momentum. 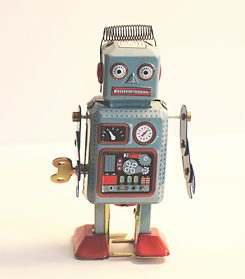 © Rock’n’Roll Monkey On the other hand, Europe has a continental advantage over Asia and America. The European Economic and Social Committee introduced a code of ethics that covers the development and use of AI and ensures that "AI systems comply with the principles of human dignity, integrity, freedom and cultural and gender diversity, as well as with fundamental human rights. " The commitment of Canada and Germany to an ethical standard of AI forges an alliance through which the availability of information can be increased and a precedent is set for an international willingness to cooperate. This expands the capabilities of AI within an ethical ecosystem. A unique German-Canadian benchmark for this project is health care. In March of this year, the Canadian Embassy in Berlin hosted a conference on AI in Healthcare - a German-Canadian perspective in which research and industry knowledge was applied to create a more effective standard. The results include long-term developments that indicate the enormous potential of German-Canadian cooperation with regard to ethical AI.

But Germany's and America's rivals in the race for control of AI must also be taken into account: the Economist reported earlier this year that China's investment in technology increased tenfold between 2000 and 2016. From 1957 to the 1990s, China fought primarily for technological superiority over the US. However, China kept its lead, especially in the area of ​​its artificial intelligence. On March 7, 2019, The Economist reported that venture capitalists who once wanted to invest in China's technology have given up on their prosperous futures. "China raised more money for venture capital funds in the first half of 2018 than America did, the first time this had ever happened: $ 56 billion versus $ 42 billion, according to Preqin, a data provider." Meanwhile, US immigration reform is effectively shrinking the talent pool in its tech sector. The Information Technology Industry Council points out that "Immigration policy is truly innovation policy. The US economy has benefited tremendously from the contributions of immigrants who came to this country." That could undoubtedly open doors for countries like Germany. And Canada, provided it has a well-developed immigration policy. Both have already benefited from the loss of the US and have teamed up to create a superpower, not only in AI development, but arguably also with a view to creating an international ethical standard for AI. Ultimately, the system that was created through the joint initiatives between Germany and Canada provides a strong argument for coalitions in the development of AI. The additional infrastructure of an overarching ethic would open a transatlantic framework for the responsible and benevolent use of technology and would benefit all humanity, even populations without access to the Internet or the latest technology.