How did you get to SPA Delhi

"Without a man you are nobody in India"

DW: Ms. Elizabeth, how can the role of women in India be characterized?

V. S. Elizabeth: The role of women in India depends heavily on the region, social class, caste and often religion. Middle-class women now have many educational and professional opportunities. But if you turn your gaze to the lower castes and social classes, you get a completely different picture. Because the women from this population group have to do the hardest work and rarely have the freedom to move freely outside of their place of work and home. This group of society suffers the hardest from violence against women.

Meanwhile, middle-class women have overcome many hurdles. Many of them work in the industrial and service sectors. But the proportion of women in the working population is still only between 25 and 35 percent. In addition, 90 percent of women work in industries where rules are barely adhered to. The remaining 10 percent from the middle class, however, are doing relatively well. Because of their good education, they are in good positions. Most of them are only denied a promotion to management positions.

Why are women in India in this disadvantaged role?

This has mainly to do with the still existing caste system. In addition, the rule of men over the social system was strengthened again through industrialization and increased capitalism. Many of the freedoms that existed before colonization were taken from us during the rule of colonial power. The British have reintroduced the ancient values ​​of ancient Hinduism. After India's independence, many laws were passed to restore the rights from before. But in practice, most of it is broken. This concerns, for example, property and property rights, the right to get divorced, or the fundamental right to an independent and free life. 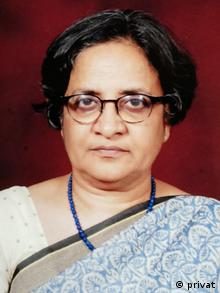 Why do many parents-to-be only want boys and not girls?

The reasons for this lie in the Indian culture. While we have made economic progress, culturally and socially, pre-independence values ​​still prevail. Sons are preferred among Hindus because according to the principles of religion, a son is required to perform various rituals. Second, Indian society is patriarchal and so it is of great importance that a son continues to bear the name of the parents. This is also the reason why many Hindu families adopt a son. The third point is the still customary dowry. In marrying your daughter, a great deal of money and other property must be given to the groom's family. For many, this is a very expensive proposition. In addition to money, it is also about houses, lands, fancy cars and more.

In India there is a well-known expression for the term sexual harassment: "Eva teasing". Why is this euphemism dangerous?

Because he makes the whole thing appear as if it were just a certain tease that happens purely for fun and in no way implies bad intent. And the effects of the actions on the women, such as the fears they create, are completely ignored. The restrictions to which women submit for reasons of self-protection are also not highlighted. And it is precisely this kind of attitude that is in large part responsible for how widespread sexual harassment is in India. Because people just don't take it seriously.

It is about the lack of importance given to girls and women. They are made into objects and not treated as human beings. And that's why it's so easy for the perpetrators. Women have no value. Women are brought up in such a way that they only perceive themselves as daughters, sisters or mothers. They are never the specific person behind their real name. You are a nobody if you are not married, you have no father, brother or son.

What has changed in India after a gang rape in Delhi made headlines around the world in 2012?

Even more than international pressure, it was the pressure that sprang up in the Indian capital itself. For the first time since independence, there was a civil society movement in Delhi. That was also the reason why the government reacted so quickly and passed the first legislative changes in March 2013, which among other things expanded the meaning of the term rape. On the legal level, there have been many other changes since then. But nothing has changed in real life. Violence against women continues, sexual harassment persists, conviction rates are low, and reports are rarely made. 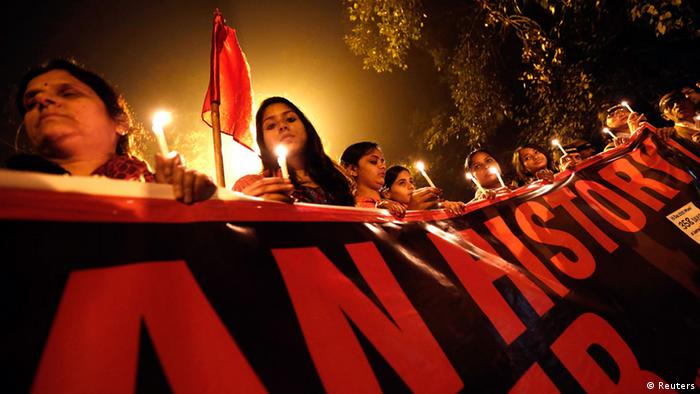 Why do so few women file complaints?

The point is simply that the woman is not authorized to go to the police and file a complaint. Her family would put her under pressure because the woman is still not seen as a victim of violence against her. If the deed becomes public, it is considered a loss of face for the family and a great shame. The second reason is a lack of trust in the police. The police officers come from the same social system and are reluctant to accept reports. This is especially true when it comes to charges of sexual harassment by men in the upper castes against women in the lower castes. The police do not seem to understand that it is every woman's right to be alone in public. It is widely believed that when she is in public she should always be with her husband, father or brother. The woman who is alone in public is not a good woman and has to answer for her own suffering if something happens to her. Because in a certain way she herself took care of this suffering, even if she is still a young girl.

Feminism and the social status of women have been in the focus of society again since last summer as a result of the #MeToo debate. What was the impact of the debate in India?

#MeToo had as big an impact in India as it did everywhere else. People have finally started talking about the suffering that has been inflicted on them. The identity of the perpetrators was often revealed. Regardless of whether it was perpetrators from the social environment, family or strangers.

But who in India has access to social media? That's just the well-educated middle class, who make up only a small proportion of India's large population. So the whole campaign only reached a small part of the Indians. But this small group of women is now becoming more confident and confident. They understand that it is not their fault or their fault. So we should keep talking about it and stop hiding it. But in the long run, and for an even bigger impact, it takes more than a social media campaign.

V.S. Elizabeth is a lecturer at the National Law School of India University in Bangalore and a member of the Indian Society for Women's Studies. She teaches exclusively from a feminist perspective in order to remove the prejudices against women from the minds of her students and to change the behavior of men towards women.

The interview was conducted by Martin Mies.