Did you have a childhood treasure

“Tobias, did you see my pink blanket? My mother's? "Asks Clara irritably." No, I did not! Why do you suspect me again of having misplaced your things? "Actually, Clara and Tobias wanted to spend a nice afternoon in the park. But the good mood is gone. And now neither Clara nor Tobias really feel like spending the day with the other. Zoff like this happens in the best of relationships. However , if such quarrels occur more often, displeasure quickly increases and both sides think that the other is not good at one. It's poison for a relationship.

How couples better deal with arguments

In couple counseling and therapy, therapists often work with a model from Eric Berne's transactional analysis. It shows how misunderstandings can arise between two people. The Canadian and psychologist discovered that when we communicate with others, we switch between three different states: our “parent self”, the “adult self” and our “child self”. Our choice of words, tone of voice, facial expressions and gestures reveal, among other things, our current state of affairs. This means that we feel and behave differently and even think differently in different situations. Transactional analysis calls this combination of thinking, feeling and behavior to "I state".

Based on the theory of Sigmund Freud, Eric Berne describes the three “I states” in the transactional analysis as follows: Im Parents I. we think, feel and act like an authority figure did in our life. When communicating with our interlocutor, this is expressed, for example, in the fact that we tell our counterpart what he or she should do or that we do not approve of his or her behavior. Typical formulations are, for example, "How many times have I already told you that ..." or "Again?" in the Adult I. we behave mature and assess the situation factually and objectively. We orientate ourselves on facts and figures and communicate with our interlocutors respectfully and rationally. This condition can be recognized by assessments such as “I think” or “I think so ...” or by open questions to our interlocutor. in the Child-me on the other hand, we think, feel and act as we did in childhood. We live out our feelings unfiltered and react unapologetically and defiantly, are insulted or silly or react insecure and shy. Tantrums, rolling eyes and statements like "I don't want to!" Are typical of the child. 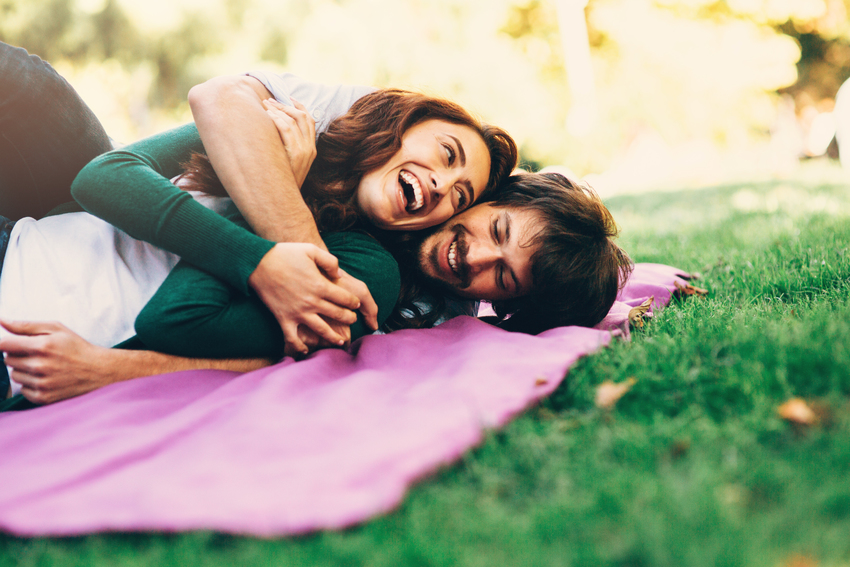 Ideally, two adults should talk to each other at the adult level: sensibly and at eye level. Because then we listen carefully to our counterpart, evaluate his statements objectively and can clear up misunderstandings better. However, if the dialogue level shifts to one of the other two ego states, this can quickly lead to conflict-laden communication. Eric Berne calls this a transaction.

However, the ego state from which we react and communicate mostly happens unconsciously. Somebody says something, we react to it. If we are not in the state of our adult ego, an argument can easily arise. As with our example couple Clara and Tobias. Her irritated tone clearly shows Tobias that she is not only looking for the pink blanket, but at the same time also assumes that he is to blame for the disappearance of it. So she communicates out of her parent-self and criticizes his behavior. Tobias in turn reacts angry and offended. His child self has gained the upper hand.

Fortunately, our conditions are not fixed. This means that we can practice influencing our actions and speech and letting our adult ego take precedence. And so Tobias answer to Clara's question could look like this: "I haven't put the blanket away, but if you like, we can look for it together." That would give Clara time to ponder whether her accusation was really just. It probably wasn't. And she would probably apologize to Tobias. And the day in the park would be saved - with or without a blanket.

First steps to track down your ego states:

• Which of the three ego states could I most likely ascribe to myself?
• From which ego state do I react in which situation?
• What use could it have for me to become aware of my ego state - and to change it if necessary?

Every now and then try to take a step aside and analyze a conversation situation in terms of the three ego states. In this way you can determine well-established communication patterns between you and the person you are talking to. For example, if you find yourself patronizing your life partner frequently, then this is the first step towards positive change.

1. You messages always put the other person on the defensive: "You're too late again!" Such an attack has to be taken personally. It is better if you speak of your feelings: "I had to wait a long time for you today, although we had an appointment. That's why I'm pretty angry with you right now!"
2. Avoid generalizations and you-sentences like "You never keep your promises!" Formulate your criticism as a complaint for the specific case: "You promised to go to the cinema with me today. That didn't work and that annoys me now."
3. Stay in the present with your complaints. You should forgive yourself and your partner as quickly as possible, otherwise they will poison your relationship in the long term.

Rainer Schmidt: Always talk to each other correctly: Transactional analysis in work and everyday life. 2009.
Stefanie Stahl: The child in you has to find a home. Munich 2015.