How to wear a square scarf

Originally, the scarf was a piece of clothing that adorned the people of Kashmir. In any case, the first mentions of a scarf can be found in a travelogue from the 17th century. There in the Himalayas they wove rectangular or square shawls from the wool of the cashmere goat, which were worn over the head and shoulders. The scarf only came to Europe in the 18th century as a large, square or rectangular shawl made of wool or silk. At first it was a warming garment, then it became a fashion accessory ... 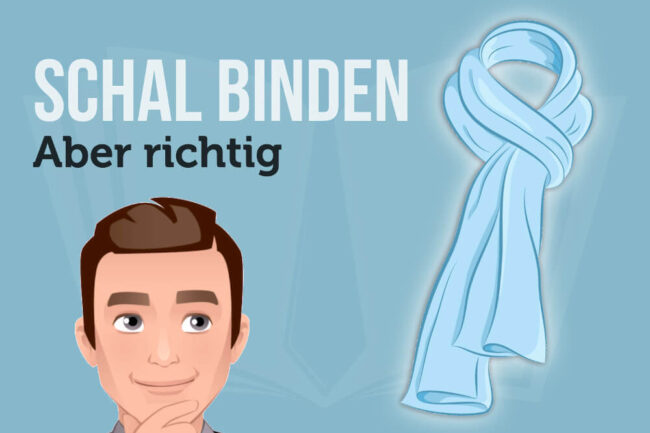 Today not only women adorn themselves with all kinds of sporty, classic, elegant or casual scarves, but also some gentlemen. For both men and women, however, keep your eyes open when choosing a cloth! A lot can be done wrong. In general, common dress codes are:

The same applies to the color mix. Such a scarf can also be used as a contrast medium in the outfit. Nevertheless, the result should still be color-coordinated, for example the blue tones should match or the scarf shouldn't be too intrusive. In contrast to a tie, the scarf is much more noticeable due to its volume.

How can a scarf be tied? Good question! There is no such thing as “right” or “wrong”. At most a “suitable” or “unsuitable” for the occasion and the rest of the clothing. Therefore, therefore and therefore we show you here 10 different ways, instructions and variants to tie a scarf. For men and women:

Also known as a “social media loop” or “fake knot”. Classic - and therefore also suitable for elegant occasions. Tying is really very easy: Fold the scarf in the middle, fold both ends around the neck and pull the two loose ends back through the loop created at the front (see picture above). Finished. In summer the loop is worn more casually and loosely, in winter it is usually tighter around the neck. So warms more.

Also called "wraparound" or "ruff". The scarf (or the scarf) is loosely wrapped around the neck twice (similar to the photos) so that both ends dangle loosely at the front. The curler is not knotted and does not fit snugly around the neck. Since it looks quite alternative and sporty, it is more for jeans, linen or leisure outfits. 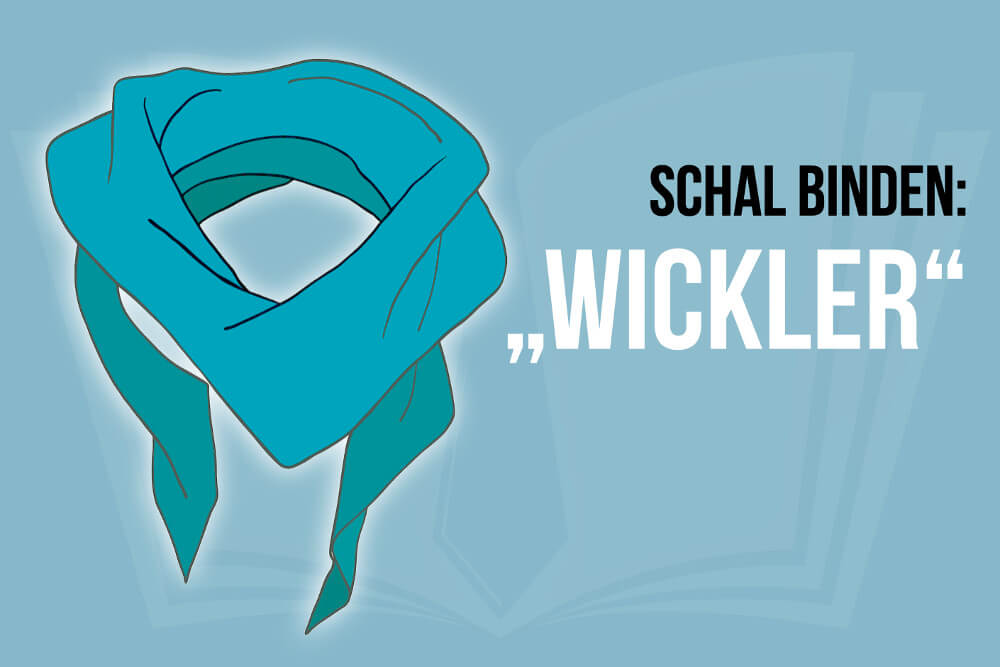 Casually elegant and ideal for a combination, less so for a suit. Even the half knot does not require any manual dexterity from the wearer: wrap the scarf once around the neck and fold it over one another at the front - just to form a half knot. Please do not tighten it, but arrange it evenly at collarbone height. Just casual.

Fold the scarf - preferably a fine one - lengthways from the outside to the inside. Repeat this step two or three times. Then place the scarf around the neck and cross the two ends over the chest. Guide the upper end around the lower end - this creates a loose loop - and pull it through the neck opening from the bottom up. Now pass through the loop at the front and tighten. Serious look!

Tie the scarf around the neck as normal. Hide one end in the noose around the neck. Let the other end hang out. This creates a waterfall - voluminous and a woman's favorite. With particularly long scarves, you can also use the “double loop”: Put the scarf around your neck twice and instead of pulling both ends through the loop, take only one end of the scarf.

For those who like it warm and fluffy: Fold the scarf up halfway and wrap it around your neck. Then pull the open end through the loop. The procedure is done quickly, the scarf is as tight as Mario Gomez's hairstyle.

Not wood class, but noble: Place a cloth with the diagonally opposite corners on top of one another. Then twist in until you have an elongated scarf. Wrap it around the neck twice and knot both ends twice. Pull the knots tight and let the ends fall loosely to one side. The stewardess sends her regards.

Fold the scarf once and place it around your neck. Pull one end through the loop, fold the loop over and pull the other end through - the four in hand is ready.

The last way to tie a scarf is not to tie it at all. Simply hang it loosely around your neck and let the ends dangle to your belt or waist. Still looks stylish and elegant and never goes out of style.