Is there any software to predict earthquakes

Sensors on the ocean floor to predict earthquakes and tsunamis

Jerry Paros lives in Washington State and is very concerned about the ticking time bomb just offshore near his home. He is not alone in this - many fear the earthquake and tsunami that will one day hit this region. But unlike many others, Paros is also doing something about it. His company made millions of dollars making high-precision quartz sensors for oil, gas, and other industries. Now he wants to use his sensors to protect the world from natural disasters.

At the headquarters of his company Paroscientific in Redmond, the 79-year-old inventor takes a metal object - the size of a volleyball - from the table, lifts it to shoulder height and puts it down again. The sensors inside the case sense tiny changes in atmospheric pressure as it moves up and down. "Here, a very exclusive doorbell," he says as he opens and closes the office door to change the air pressure again. Paros' instrument can register the finest changes in pressure in the air, but he actually wants to use the sensors off the coast. There, a few kilometers below the waves, they should register the weight of the water and thus detect changes in the seabed depth. 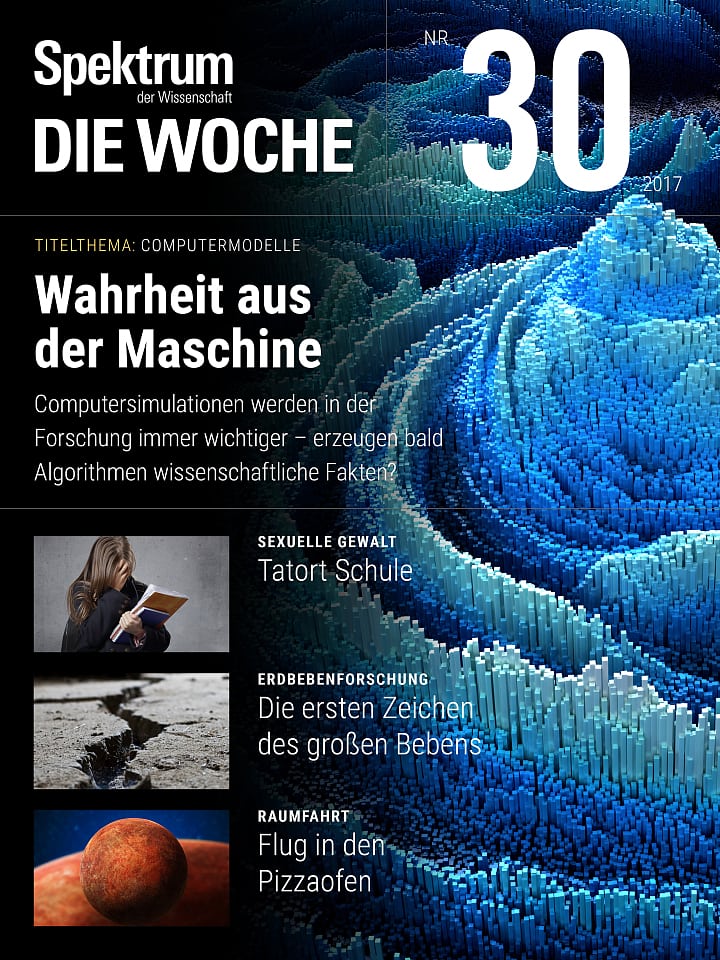 The ultra-precise measuring devices are to become the heart of an early warning system that detects when an earthquake shifts the sea floor and triggers a tsunami. Paros donated $ 2 million to the University of Washington and is working with other researchers to test its sensors along the coastline of the Northwest Pacific. Many other coastal states, including Japan and Chile, are trying to record movements on the ocean floor - an area of ​​research called seabed geodesy. They are working diligently to install the sensors because geological faults cause the strongest earthquakes and some of the most devastating catastrophes in the world. In 2004, an undersea earthquake off Indonesia triggered a tsunami that killed almost a quarter of a million people.

Which areas under water are dangerous?

Geophysicists have long tried to understand the behavior of offshore faults. For the first time, sensors like the one from Paros give them the ability to record geodetic movements of the submerged parts of the earth's crust - 70 percent of the entire surface. These are inaccessible to previous standard devices. The sensor networks could provide information about which parts of the underwater faults are harmless and which are currently collecting energy for the next big quake. "We want to find out where such zones are. We don't even know that," says oceanographer Emily Roland from the University of Washington in Seattle, who works with Paros.

When Paros moved to the Northwest Pacific in the 1970s, hardly anyone spoke of the risk of extremely strong earthquakes. The largest quake ever recorded in the history of the region struck the city of Olympia (Washington) in 1949 and had a magnitude of 7.1 on the Richter scale. In the late 1980s, scientists found evidence of impending magnitude 9 earthquakes and massive tsunamis along the entire coastline from northern California to southern British Columbia in Canada. The source for this is about 50 kilometers off the coast, where one tectonic plate is pushed under another. This 1000-kilometer transition is called the Cascadia Subduction Zone and is part of the so-called Pacific Ring of Fire, a volcanic belt around the Pacific Ocean. Subduction zones cause the strongest earthquakes ever recorded, including the record quake in Chile in 1960 with a magnitude of 9.5. As early as 1700, a quake of around magnitude 9 broke out in Cascadia and caused a tsunami that destroyed many villages along the Cascadia coast, sped across the Pacific and even drowned people in Japan.

"Cascadia is kind of incredibly calm at the moment" (Kelin Wang)

The seismologists are not sure when it will next hit Cascadia. It could be tomorrow or decades from now. In other subduction zones, scientists monitor geological activity and estimate the risk of future major quakes by listening to the patterns of smaller quakes. Cascadia is currently calm, somehow "incredibly calm," says seismologist Kelin Wang of the Geological Survey of Canada in Sydney, British Columbia. There are few small quakes that could reflect how two tectonic plates move against each other. That makes Cascadia a dangerous sleeping giant threatening big cities like Portland and Seattle.